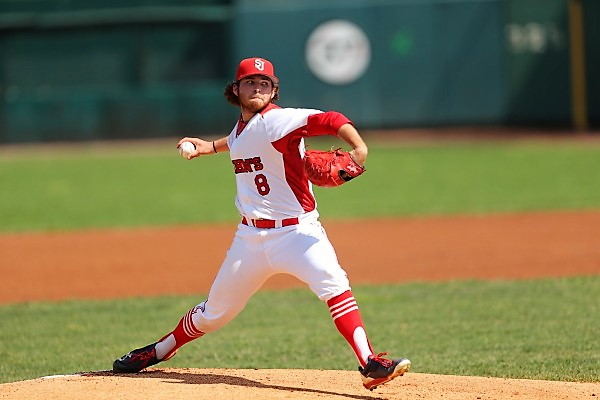 In the span of two days, Mooney was named the preseason Big East Pitcher of the Year and a second team preseason All-America selection by Collegiate Baseball.

Both honors were announced on the St. John’s athletics website this week.

Last season as a freshman, Mooney became only the second player in Big East history to be named the conference’s Pitcher of the Year and Freshman of the Year after going 8-2 with a 1.71 ERA and 88 strikeouts in 100 innings pitched.

The 2016 Ocean City graduate pitched at least seven innings in nine of his 13 starts and held opponents to a .196 batting average against him.

Mooney was a two-time second team all-state selection as a junior and senior at Ocean City. He led the Raiders to the South Jersey Group III championship as a senior, when he went 9-1 with a 0.63 ERA and recorded 102 strikeouts against only 11 walks.

St. John’s begins the 2018 season on Feb. 16 for a three-game series against Campbell in North Carolina. St. John’s is the favorite to win the 2018 Big East title according to a preseason poll of the conference’s coaches.