Butch Gleason Coaches vs Cancer Day is Saturday at OCHS 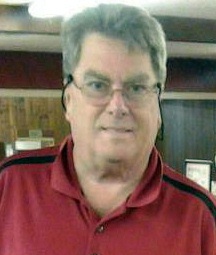 The only thing he loved more was his family (though thoroughbred racing and certain special sandwiches belong on the list, too). On Saturday an event will be held at Ocean City High School that brings together basketball and the Gleason family in a tribute to Butch’s memory and for a good cause. The family comes from all over New Jersey and even from Kentucky, where Butch’s daughter, Melissa, converted him into a Kentucky Wildcat fan.

Eight years ago Gleason, a close friend of Temple University basketball coach Fran Dunphy, brought the idea of a Coaches vs. Cancer event to his alma mater. Butch was a member of the last OCHS boys basketball team to win a state championship. Dunphy is president of Coaches vs Cancer.

Through the years the event in the Dixie Howell Gym has raised nearly $20,000 for the American Cancer Society. When Gleason died in 2014, the fund-raising event was renamed The Butch Gleason Memorial Coaches vs Cancer Day. 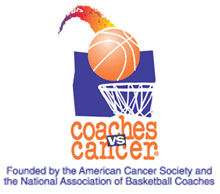 Dunphy, who attended the first event eight years ago and spoke to the crowd, also returned last year. If his schedule allows, he always tries to participate.

There will be a half-court shootout for fans at halftime of the high school games for Johnson’s Popcorn gift certificates and Coaches vs Cancer items and certificates will be available for purchase. A silent auction will take place all day with the winners being announced following the boys game. A list of auctions items is below, with additional items possibly added by Saturday.

Come out on Saturday, if you can. You will see some good basketball and you can contribute to a worthy cause. If you cannot get there Saturday, contributions can be made out to Coaches vs Cancer and mailed to Post Office Box 21, Ocean City, 08226.

It will help the cause and continue the tribute to Butch Gleason.