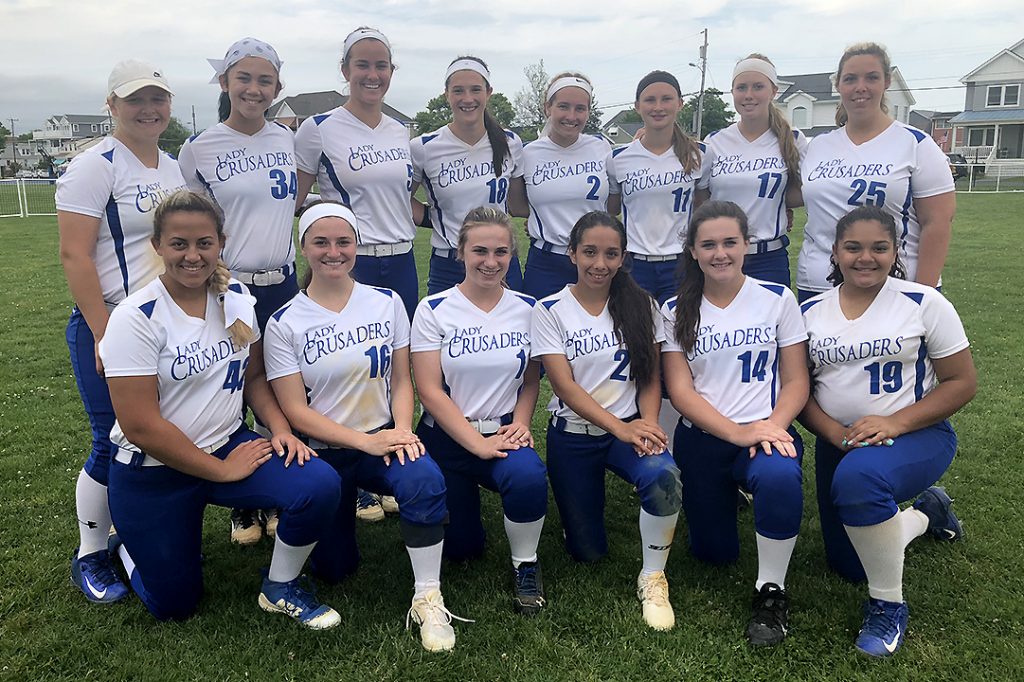 The Crusaders checked into the South Jersey Non-Public B title game for the third straight season following Tuesday’s 7-2 victory over Holy Cross. The defending sectional champions saw fifth-seeded Holy Cross score twice in the top of the first inning before scoring seven straight runs to take control of the game.

Wildwood Catholic’s goal has been to get back to the state title game, which it lost last season. But coach Matt Megines said reaching the South Jersey title game for the third straight year is an accomplishment worth appreciating.

“It’s definitely not an easy road. We’ve had a lot of injuries this year and we were nervous for a little bit because we thought we might’ve lost some of them for the year. So it’s nice to get back there.”

After Holy Cross (13-10) took a two-run lead after the top of the first, Taylor Williams stroked a two-run single with two outs that chased home Emily Cimino and Anna Mae Peterson as the Crusaders tied the game in the bottom of the frame.

“I think we came out a little flat but fortunately for us we came back right away and scored two runs to tie it and that was big,” Megines said. “I think the first inning woke us up a little bit.”

Wildwood Catholic (20-7) then took the lead for good by scoring three times in the second inning. Lauren Sorensen and Peterson each had RBI hits and Tahtiyana Camba, Mercedes Rivera and Brianna Bailey each scored runs. Cimino later hit a two-run double in the bottom of the fourth that scored Rivera and Bailey.

Rivera, Bailey and Peterson each had two hits for Wildwood Catholic.

After allowing two hits and two runs in the first inning, Cimino conceded just two hits the rest of the way. Both were harmless two-out singles in the sixth and seventh innings. She struck out eight and walked just one.