The 12 female finalists for The Billy Schoppy Memorial Award

The 12 male finalists for The Billy Schoppy Memorial Award 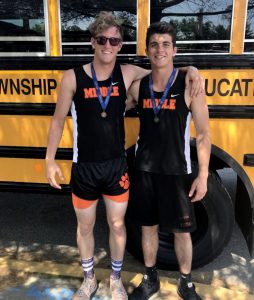 The top six finishers in each event from all sectional championship meets qualify to compete in state title meets.

The public group sectional meets were held last weekend. Ocean City had a total of 12 male and female athletes finish among the top six in their respective events at the South Jersey Group III meet to advance. You can read the story on Ocean City’s qualifiers here.

Middle Township is sending three athletes to the Group II state championships. In boys competition, senior Gary Nagle placed second in the pole vault at a height of 12 feet, 6 inches and senior Sean Geary finished sixth in the 400 hurdles with a time of 59.04 seconds. On the girls side, freshman Kate Herlihy placed fifth in the 400 hurdles in 1:09.11. 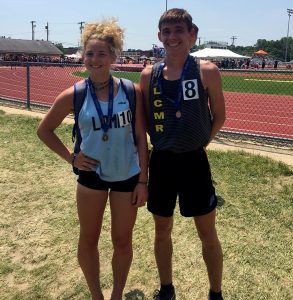 Also from Lower Cape May, junior Christina Adams qualified for the state championship meet in two events. She finished third in the javelin with a toss of 113-6 and fifth in the 800 with a time of 2:25.

In Group I, Wildwood junior Leo Zaccaria made it through to states following a sixth-place finish in the 1600 in 4:44.82. He also just missed out in the 3200, placing seventh.