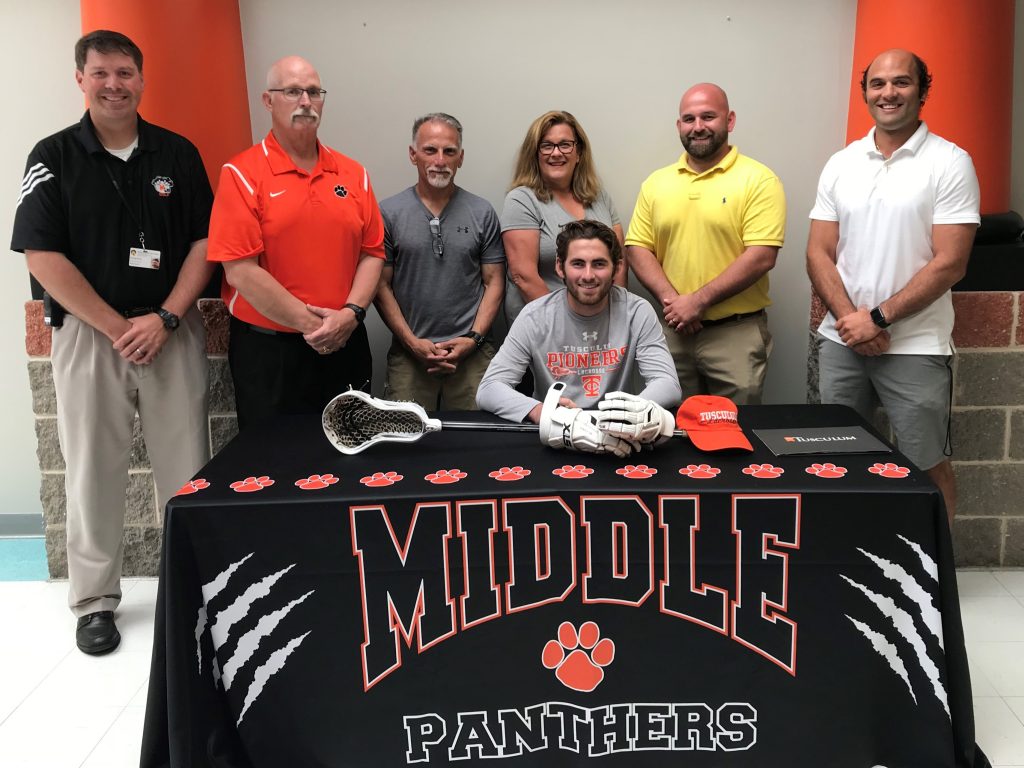 Berardis was joined at the signing ceremony by his family, coaches and school administrators.

Playing for a rebuilding Middle team decimated by injuries this spring, Berardis still managed to score 27 goals and pass out four assists as a senior. He also recorded 22 ground-ball pickups. He finished his career with 83 goals and 29 assists for 112 points.

Berardis was also a standout wrestler at Middle, going 27-13 as a senior while competing at 170 or 182 pounds.

Tusculum College’s men’s lacrosse team is a member of the South Atlantic Conference. The Pioneers went 4-9 in 2018.