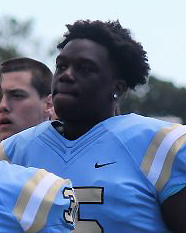 Khamar Matthews of Lower Cape May and Joel White of Middle Township are each scheduled to play for the Blue squad.

The game features many of the top high school senior football players from across South Jersey.

Matthews, listed a linebacker for the all-star game, was a two-way starter at linebacker and offensive line for the Caper Tigers. Defensively, he led the team with 11 tackles for losses. He recorded 45 tackles overall. Matthews is hoping to play college football at Division III Kean University. 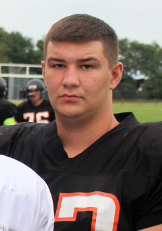 White, listed as an offensive lineman for the all-star game, was a two-way contributor for the Panthers. He was a starter on the offensive line and also saw time at fullback, carrying the ball four times for 12 yards. He also registered 19 tackles on defense.

Proceeds from the game benefit the Adam Taliaferro Foundation, which has raised nearly $1 million since its inception in 2001 for people who have suffered spinal injuries.

Taliaferro was a former Eastern High School star who was paralyzed while making a tackle while playing for Penn State in 2000. He has recovered greatly from his injuries and is now a lobbyist for an international pharmaceutical corporation.