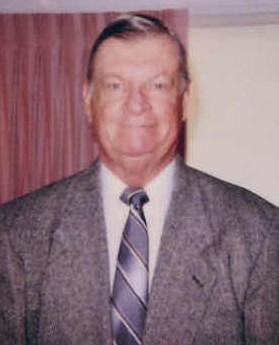 Over the last five decades or so, when you walked into a high school gym or a football stadium for a big game – particularly in Atlantic County – there was a good chance you’d see Bob Derbyshire.

He’d walk toward with a very slight smile on his face, hand extended in welcome, and offer a funny remark.

Humor was his hobby but sports were his passion, from his days as a four-sport athlete at Atlantic City High School to his years as a coach at Holy Spirit and a broadcaster and reporter covering the sports scene all over South Jersey.

Derby has been absent from the scene for a while and you noticed he was missing, especially when you walked into the gym at Holy Spirit (which we should be calling The Bill Deibert Memorial Gymnasium). He died on Monday after a long illness.

Derby was a solid broadcaster on the radio, covering some of the top football and basketball games for a couple different stations. He knew the coaches, the players and the history of the teams. When broadcasting football, he was always reminding listeners which team in the Atlantic County Junior Football League produced those high school players.

Derby was deeply involved in the original Seagull Classic, which was brought back in a different form last season by John Rodio and will return again in January. The original started in the Atlantic City Convention Hall (now the Jim Whelan Boardwalk Hall, named in memory of one of Derby’s good friends). From there the event, created by Father Ed Lyons with help from Boo Pergament and a few others, moved to Villanova, Penn’s Palestra, St. Joseph’s and many other locations.

Derby was always the master at keeping a joke going. During one of those Seagulls in Philadelphia, he and I were asked to oversee the hospitality room in the headquarters hotel. The conversations in that room between some of the top high school and college coaches in the Northeast were fascinating. But one of our jobs to make sure the refreshments didn’t run out.

We made arrangements for a bakery in Atlantic County to donate to the cause. Since Bob and I were staying in Philly overnight, we needed somebody who was coming back and forth from the Shore to pick up the pastries each day. That guy was Bob O’Hara, the retired police officer who took most of the photographs of the games and who was the definition of a Holy Spirit supporter. Bob picked up the pastries and put them in his car overnight.

When he arrived in Philadelphia, the donuts were frozen. It took a while for them to defrost. For over 25 years, until the day Bob O’Hara died, whenever Derby saw him he asked if he brought the frozen donuts. It is just one example of his way of keeping the atmosphere enjoyable.

Coaches are important in creating the high school sports experience for the student-athletes, and Derby was a good coach. And there are others – parents, alumni, boosters – who also make those years more memorable.

Bob Derbyshire loved high school sports in the Cape-Atlantic League. He devoted thousands of hours toward making it better. He had deep affection for the coaches, the athletes, the media and the fans.

And the feeling was mutual.