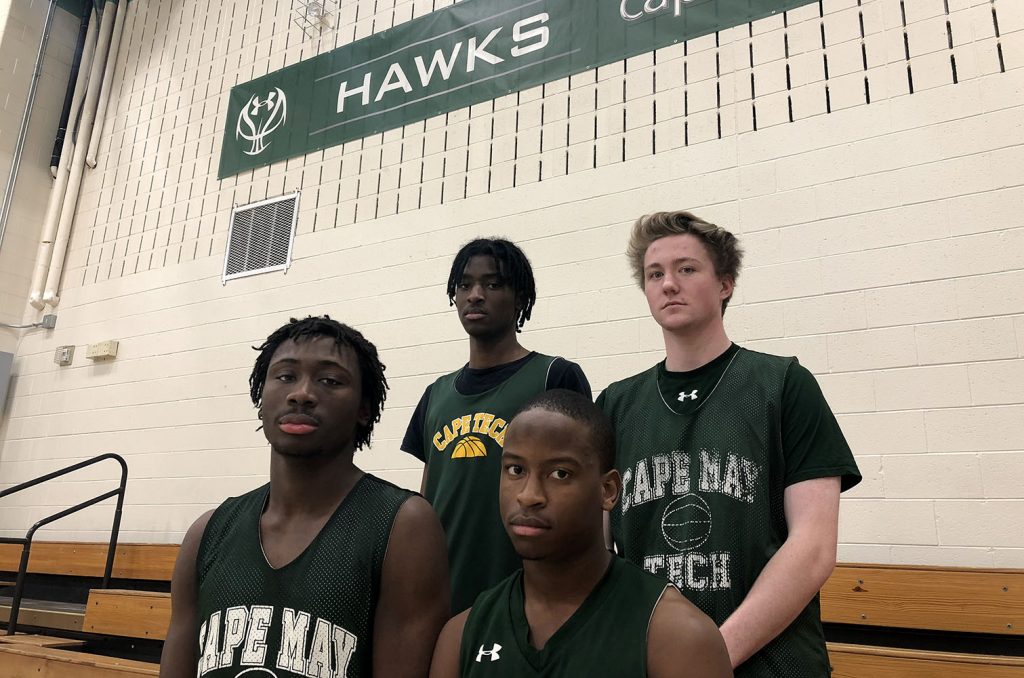 Outlook: Tech has improved its record from the previous season in each of the last four years. Further improvement this season would mean the team will finish above. 500. It is a realistic goal, even though the Hawks compete in perhaps South Jersey’s toughest small-school divisions, with Wildwood Catholic, St. Joseph and Pleasantville at the top and Middle Township also looming. Tech features one of the greatest scorers in Cape May County history in guard Josh Wright, a college prospect who enters his senior season with 1,782 career points. Although capable of exploding offensively in any given game, Wright is expected to become more of a playmaker this season with the emergence of James Longstreet, Aidan Hofmann and Eddie Saddler, along with two freshmen in Kevin Castro and Dylan Delvecchio, as capable offensive contributors. Tech’s goal is to host a first-round state playoff game and win the first state playoff game in program history. Although the team’s conference schedule is brutally tough, Tech’s non-league slate should give the team ample opportunity to pick up needed victories.

Coach’s quote: “Our goal is to be better than we were last year,” Mercado said. “We lost a lot of seniors but these kids are very committed and they’ve worked very hard. Our goal is to compete in every game we play in. Our division is tough but the boys are up to the challenge.”