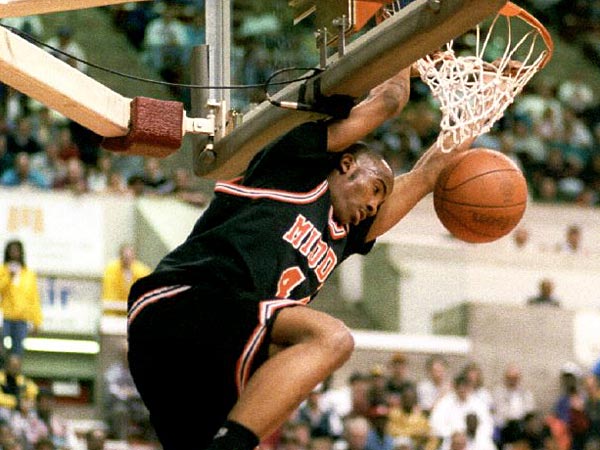 Two of the best athletes in Middle Township High School history will be awarded the ultimate honor by their alma mater later this week.

Former renowned basketball star LaMarr Greer and sensational soccer standout Tara Davies-Saltzburg will each have their uniform numbers retired during a ceremony ahead of Friday’s home boys basketball game against Pleasantville. The ceremony is scheduled to begin at approximately 6:30 p.m.

Greer, a 1994 graduate, is considered to be one of the best boys basketball players in Cape May County and Cape-Atlantic League history. The 1994 graduate scored 2,637 career points and led Middle Township to back-to-back state Group II championships in 1993 and 1994 after transferring from Overbrook High School following his sophomore season. A 6-4 point guard, Greer averaged 31 points, 12 rebounds and six assists per game as a senior, winning New Jersey Player of the Year honors.

Greer, who wore No. 44 at Middle, played in the McDonald’s All-America Game following his senior high school season and went on to a productive four-year career at Florida State. He later played professionally for more than a decade, domestically with the Atlantic City Seagulls of the United States Basketball League and in numerous countries overseas. He also was once part of the Philadelphia 76ers’ summer league roster.

“My life in high school was a dream come true because of the amazing support of my mother, grandmother and sisters,” Greer said in a statement. “It’s amazing that (my) number is being retired (but) I truly feel like I didn’t do it alone.”

Davies-Saltzburg is one of the top girls soccer players in the history of the Cape-Atlantic League. Blessed with a wonderful mix of athleticism and technical ability, Davies-Saltzburg terrorized opposing defenses and became one of only eight CAL players to score more than 100 career goals. She is Middle’s all-time leading scorer with 104 goals.

Davies-Saltzburg, a 2006 graduate who wore No. 12 at Middle, set the single-season scoring record when she netted 30 goals as a junior in 2004.

Davies-Saltzburg went to an excellent career at nationally-ranked Penn State, where she was a three-year starter at midfielder or defender. She helped the Nittany Lions win consecutive Big 10 championships as a junior and senior.

“I’m ecstatic to have my high school jersey retired,” Davies-Saltzburg said in a statement. “I’m … proud to be retired alongside some of the greatest athletes in our school’s history.”

Greer and Davies-Saltzburg are two of just seven Middle athletes to have their jersey numbers retired. The others are John Roberson (1948 graduate), Ricky Harmon (1978), Jen Snyder-Legler (1985), John Leahy (1990) and Stephano Anderson (1993).