VIDEO, PHOTO GALLERY: Crusaders saved by the post in win over CMT 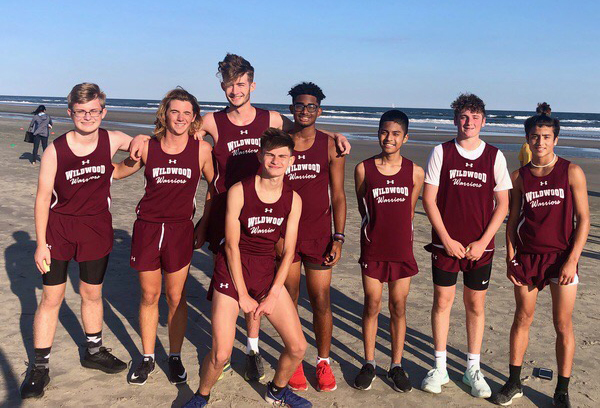 Since joining the Tri-County Conference 19 seasons ago, the Wildwood High School athletic program’s only division titles have come through boys and girls basketball prior to this scholastic sports season.

Thanks to a 20-35 victory over Pitman on its home course Wednesday, the Warriors clinched the Tri-County Classic Division title, going unbeaten in meets against division opponents.

The championship has come as a bit of a surprise, considering the amount of freshmen in the program and all of the uncertainty surrounding the COVID-19 pandemic.

“To be honest, the focus from the beginning was, are we going to have a season?” Wildwood coach Kelly Franco said. “We didn’t think beyond that. We just wanted to take it day by day.

“Then we had our first scrimmage against (Cape May) Tech and we had a good showing. We had a lot of good freshmen fill in and round out the team. It was nice because they all pushed each other. Each kid was looking at the kid in front of him and trying to keep up.

Jorge Cruz, a freshman,led the way for Wildwood against Pitman by winning the meet in 17 minutes, 10 seconds.

Other team members for the Warriors include sophomore Landon Taylor and freshmen Harley Buscham and Zion Hamilton.

Cruz placed first in every meet in his debut season after winning the Atlantic Cape Junior High championship meet as an eighth-grader last fall.

“I think he pushed the upperclassmen to try to keep up with him,” Franco said of Cruz. “Liam was our leading scorer before and Robert wanted to up his game this season, and then Jorge came in and really pushed them. They all tried to keep up with him and that elevated the team in general.”

Wildwood finished the season at 5-1 in dual meets. The team’s lone loss was to non-division foe Oakcrest. The Warriors also beat Schalick in a non-division meet.

Runners break away from the start at the beginning of the girls race.