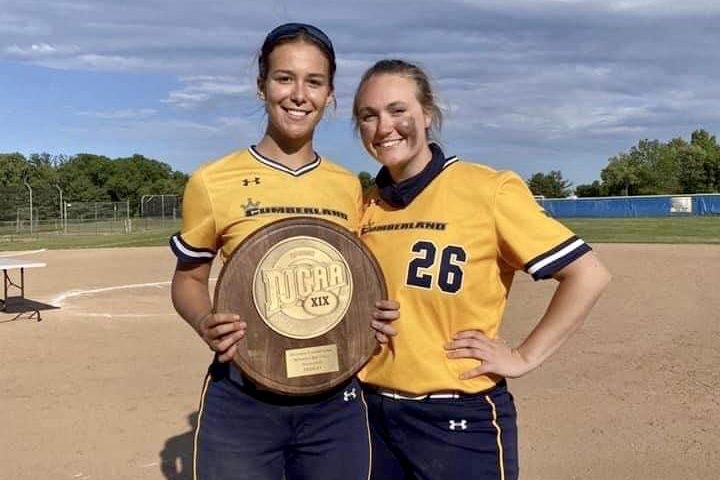 Madison Sloan sure is taking advantage of her final season playing softball.

Sloan, a freshman, has played an integral role for Rowan College at Cumberland County, which got hot at the right time to emerge as Region XIX champions last weekend after going just 10-18 during the regular season.

“I feel like going in that we had a different mindset than the other teams,” said Sloan, a Lower Cape May Regional High School graduate. “We were confident but we were also humble.”

Rowan Cumberland lost its first game in the double-elimination tournament before reeling off four straight victories to win the championship.

After dropping a 2-0 decision to Middlesex in Friday’s tournament opener, Rowan Cumberland pulled off a 5-4 upset over Rowan College at Gloucester, which had entered the tournament ranked third in the nation in NJCAA Division III.

The Dukes then came back and won three straight games on Saturday. They defeated Middlesex, 9-0, before scoring a pair of victories over Camden County College by scores of 7-2 and 11-4 to win the title.

“Middlesex had beaten us so we went into that game really determined to win that,” Sloan said. “Once we got to the championship we were really confident.

“It was hard playing three games (in one day). We were all tired at the end but our coach (Magic Mears) makes us run a lot in practice so we were in shape and ready for it. We had enough energy at the end to battle and continue doing what we needed to do.”

Up next for Rowan Cumberland is the North Atlantic District Championship. The Dukes will host Suffolk County College in a three-game series that begins Thursday.

After graduating from Lower Cape May in 2019, Sloan was originally set to play college softball at Division II Lock Haven. She ultimately decided to stay at home, a decision she’s “definitely happy with.”

“The team has been great,” Sloan added. “Going into regionals, it was something most of us had never experienced. Cumberland hadn’t won a championship since 2016 to be part of a team like that, it feels good to have that kind of accomplishment.”

Sloan has plenty of college eligibility remaining but said that this will be her final season as an athlete. She’s set to graduate after the fall semester with an associate’s degree in criminal justice and plans to enter a career in law enforcement, with the goal of becoming a state trooper.

“Softball has been great for me,” Sloan said. “It showed that if you really do try hard for something, you can accomplish things. I’m sad that I won’t be continuing after this season but at some point it has to stop anyway. I want to get (a career) started. But I won’t lose the love of it. I’ve met a lot of different teammates and families. I’ve made a lot of friends and I’ll remember them for the rest of my life.”

Sloan isn’t the only Lower Cape May graduate to contribute for the Dukes. Alexis Donnelly had three hits over the last two games of the tournament. Donnelly is hitting .356 while appearing in 26 of the team’s 33 games. Mostly an infielder, Donnelly has also seen action in 11 contests as a pitcher.