OCHS grad has fond memories of playing for Rollie Massimino 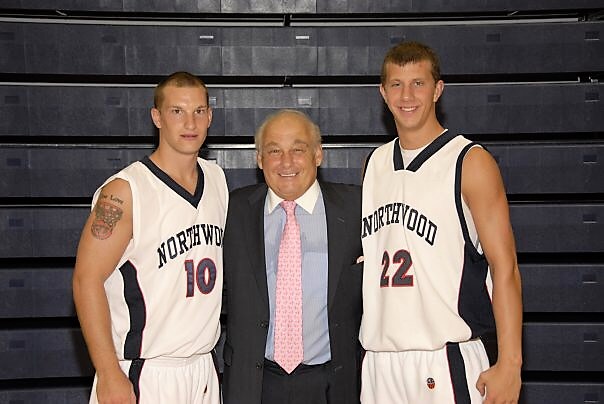 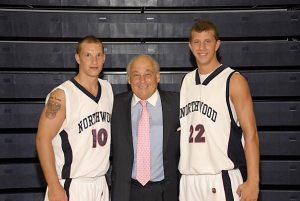 Trey Severs played only one season for Rollie Massimino, who was best known for leading Villanova to the 1985 NCAA men’s basketball national championship.

But the former standout player at both Cape May Tech and Ocean City has fond memories of the venerable coach, who passed away Wednesday at age 82 after a long battle with cancer.

“Without a doubt,” said Severs, now a Voorhees resident who works as a full-time personal trainer. “I really identified with him. Everything with him was much more than basketball. It was more about life,”

Severs, now 28, played under Massimino at Northwood University, an NAIA school located in Ft. Lauderdale during the 2007-08 season. Northwood has since changed its name to Keiser University.

Massimino, who had coached at UNLV and Cleveland State after his 16-year run at Villanova, had come out of retirement to coach the first-ever team at Northwood the season prior to Severs’ arrival.

But Massimino never stepped away. He was due to begin his 12th season there this winter.

“They brought him there basically just to start the program,” Severs said. “But once he got there he stuck with it. I know the initial plan wasn’t for him to coach that long but he got right back into it.”

Severs played just the one year at Northwood due to an ACL injury suffered during the preseason prior to his sophomore year. Wanting to be closer to home, Severs transferred to Widener and played three injury-plagued seasons at the Division III school in Chester, Pa. He graduated with a degree in business sports management in 2012.

“Even after I got hurt, he really cared,” Severs said. “He’d have me on the bench helping the team, going to practice, moving all over the place. He’d bring me in his office to talk about my rehab. He helped me out a lot by keeping me involved.”

Severs was one of the Cape-Atlantic League’s top scorers in the 2000s. He played mostly subvarsity basketball at Ocean City as a freshman before scoring more than 1,000 points in just two seasons at Cape May Tech. He transferred back to Ocean City for his senior season and finished his career with more than 1,700 points. He holds Ocean City program records for free throws made in a season with 157 and in free-throw percentage in a game by going 16 for 16 in a contest in 2006-07. He averaged 20.7 points per game as a high school senior.

Severs said he was recruited to Northwood as a senior when a recruiter for Massimino approached him after a game at Buena.

“He came up and talked to me and from there he told ‘Coach Mass,’” Severs said. “Coach Mass gave me a call right after that and offered me a spot and I took advantage of it. I know he wanted a few players from the South Jersey and Philly area because of his roots here.

“As a young boy obviously your goal is to play Division I but if you’re not going to make it at that level the next best thing is to play for somebody who coached at that level and made it to the top. For me it was, why not go somewhere and gain the best basketball experience and life experience? He was extremely successful on the basketball court but he also had a great track record of who he was as a person and that kind of said it all for me.”

“Every day was something new,” he said. “He’d bring the excitement and bring the energy every single day.”

Severs said Massimino often brought former players, coaches and others involved in all levels of basketball into Northwood’s practices.

“He knew all almost all his players were from out of state and he preached family all the time. He’d talk about it every single day,” Severs said. “He’d bring his past players or somebody else involved in his life into practice to speak to us. So many of his former players came. He made us feel that we were part of the same (championship) team he coached in ’85.”

Severs said he remained in touch with Massimino after leaving Northwood.

“I’d talk to him around the holidays all the time,” Severs said. “He was in Avalon about a month ago and I wanted to see him but we couldn’t work it out.”

Severs said knew Massimino had been ill but was still stunned by the news of his death.

“I had gotten texts from a couple past teammates so I knew he was in hospice care and I kind of knew what was going on,” Severs said. “But when the bad news came it was still very upsetting and shocking.”

Massimino finished his 40-year college coaching career at 816-462. In addition to the 1985 national championship, he also led Villanova to the Elite Eight four other times. He posted nine 20-win seasons with Villanova. At Northwood/Keiser, Massimino won nearly 80 percent of his games, going 298-75. His teams twice reached the NAIA Division II semifinals.

Most of the basketball world will remember Massimino as the happy-go-lucky and successful coach who led Villanova to one of the most extraordinary national championship runs in NCAA history.

Trey Severs will remember him a bit differently, though.