Cape May County features one of the best high school field hockey programs in the state in Ocean City, which won the state Group III championship last fall. The Raiders enter the season with a new coach and need to replace a lot of talented seniors, but they should still be one of the best teams in South Jersey.

Middle Township will be in a transition season after the program’s best-ever showing in 2016 and Lower Cape May will continue its rebuild with a young club.

The following is a more detailed look at Cape May County’s high school field hockey teams:

Lower Cape May hopes to be better for the experience after struggling through a rebuilding season last fall that produced just one victory.

With 12 players returning, the Lady Tigers should be in better position to compete in 2017. The team is still on the young side, however.

Golden, Hinker and Jones are serving as the team captains.

“We’re beginning to play as a team,” Lower coach Anne Bracken said. “Hopefully we can be better than last year.”

Lower is scheduled to host Buena Thursday in its regular-season opener. 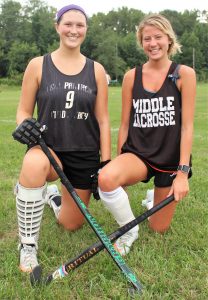 Gone from that team is the program’s all-time leading scorer, Jenna Herlihy, along with a few other key contributors. But seven players who were full- or part-time starters in 2016 return and the team is also expected to gain a boost from four talented freshmen who are pegged for starting positions.

“I’ve been pleasantly surprised with the freshmen,” Middle coach Janina Perna said. “I knew a few of them and I knew they’d be good players but some of the others I didn’t know are good players, too. We’re going to have four freshmen start and a few others may see (varsity) time. Once they figure out playing at the varsity level, I think we can be very good again considering the other people we have back.

“We may not be the offensive threat we were last year but we have our whole defense back.”

There are changes taking place in the Ocean City program.

First, Cory Terry resigned after seven seasons as head coach, a 145-17 record and seven CAL titles, six South Jersey championships and three state crowns. Replacing her is Kelsey Mitchell, a recent assistant at Cedar Creek, who scored 171 career goals at Eastern High School, was two-time New Jersey Player of the Year, was a first team All-American and had a successful career at Iowa. 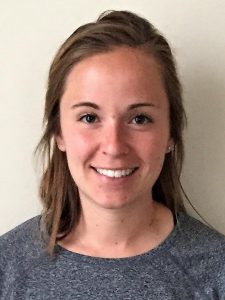 Also gone are 11 players from last year’s NJSIAA Group 3 champions. Most notable was Rialee Allen, the all state star who set an OCHS season record for assists last year (30) and scored the second most goals in a season (46). Also gone are Julia Herrington, Grace Steele, Nicholl Fenton, Britney Stein, Alexis Paone, Issy Gilhooley and Phoebe Prettyman, who scored 74 goals and had 24 assists between them.

“This is an inexperienced team,” said Mitchell, “with a lot of young, talented starters. But that should be a good thing. They are all eager to contribute. Some have moved up from last year’s team and some are new.”

Leading the way are senior Shannon O’Reilly and junior Maddie Kahn. O’Reilly was second to Allen in goals (26) and assists (13) last year. Kahn had 18 shutouts last season as the goalkeeper.

“The team has good speed,” Mitchell said, “and we’ve played well in scrimmages.”

Ocean City has a 36-game winning streak against CAL opponents and last year did not allow a goal in 14 CAL games. Though the conference might be more competitive, the non-league schedule is daunting. The Raiders, ranked No. 7 in the state by NJ.com in pre-season, play No. 15 ranked Bishop Eustace; Sacred Heart (Ky.), ranked No. 18 in the country last year; and the top three teams in New Jersey coming into this season – Oak Knoll, Eastern and West Essex.

“If you want to become the best,” said Mitchell, “you have to play the best.”