Cameron Hamer ran for 205 yards and a touchdown in Middle's win over Triton on Friday. 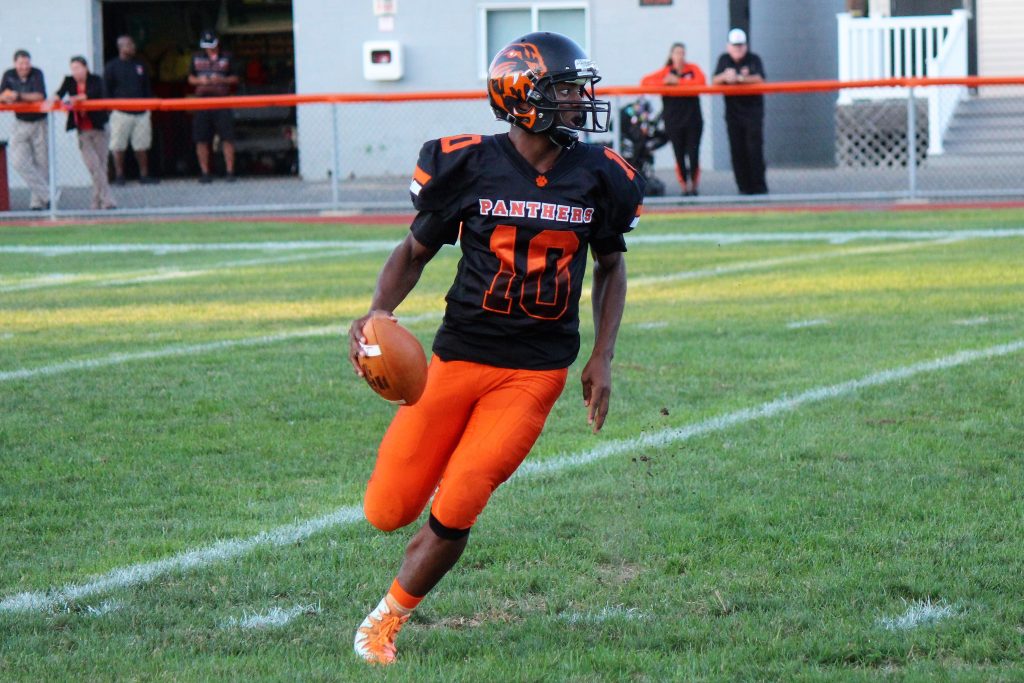 Cameron Hamer ran for 205 yards and a touchdown in Middle’s win over Triton on Friday.

The Middle Township High School football team, fresh off a rather wild 38-33 victory over Triton on Friday, is set to host county rival Ocean City this Friday.

The Panthers (3-3) put themselves back into the South Jersey Group II playoff conversation with the win over Triton. Another victory against what appears to be a very formidable Ocean City team would go a long way toward securing qualification as one of the top eight seeds through power points.

Ocean City improved to 3-1 with a win over Absegami on Friday. The perception is that the Raiders will be favorites for Friday’s game.

“There are people who said we were the better team the last two years but they beat us” in high-scoring games that were decided late, Riggitano said. “We have to find a way to be competitive and give ourselves a chance to win the game.”

Middle was more than competitive with its run game against Triton. Quarterback Cameron Hamer ran 17 times for 206 yards and a touchdown and scored or threw for a total of three two-point conversions. And Karl Giulian had the best game of his young career, the sophomore running 17 times for 116 yards and four touchdowns.

Middle threw the ball just four times, with Hamer completing three of the passes for 48 yards.

“We thought we could move the ball and we did,” Riggitano said. “But they had scored 51 (points) against Pennsauken and 46 against Cumberland so we knew they could score points. But when we needed to get stops we did.”

Romeo Rodriguez made the final key defensive play of the game, intercepting a pass around the Triton 40-yard line with less than a minute to play. Riley DeRose also had a hand in two turnovers earlier in the game, recovering a fumble and intercepting a pass. DeRose, however, later left the game with a knee injury and could be out for the season, Riggitano said.

Senior lineman Austin Cominsky returned from his injury and participated in about 20 to 25 plays, Riggitano said.

“We told them before the game that if they wanted any chance to make the playoffs they were going to have to win the game,” Riggitano said. “Three different times we had two-touchdown leads and they came back on us. But we did enough to get the win.”

The Ocean City-Middle game at Memorial Field in Cape May Court House will be broadcast on 106.3 The Shore radio. Kickoff is set for 6 p.m.

Following the game with Ocean City, Middle will have a rare double bye and won’t play again until it hosts Pleasantville on Nov. 3.