Carey Stadium and OCHS will be jumping this weekend

Three players, one team up for induction into LCM Athletic Hall of Fame

OCHS rallies to beat Mainland, 34-16, for fourth straight after wild first half 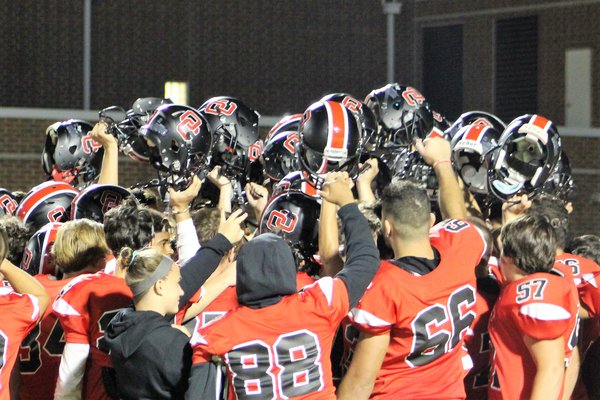 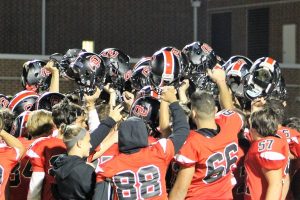 When they talk about the memorable football games between Ocean City and Mainland tonight’s game will be high on the list.

Especially the first half.

The Raiders trailed at the half before rallying for a 34-16 win at Carey Stadium. But it was how the Mustangs opened that 16-14 lead at intermission that was so memorable.

Mainland kicked off to start the game and Ocean City fumbled at its own 22. A handful of plays later, Sean Carey kicked a 20-yard field goal to give the Mustangs the lead. They kicked off a again and Ocean City brought the ball out to the 46 – and fumbled it away again.

Mainland turned it back over that time and, in the second quarter, Kevin King scooped up another Mainland fumble and ran 15 yards for a score. It marked the third straight game in which OCHS had scored a defensive touchdown. The Raiders are tied with Pleasantville for most defensive TDs by a Cape-Atlantic League team.

But, when the Raiders kicked off with a 7-3 lead Kobe Roberts raced up the middle 88 yards for a touchdown and a 9-7 Mainland lead.

Later in the second quarter, Issac Robertson scored from 16 yards out and Ocean City was back on top, 14-9. But, according to the rules, Ocean City had to kick off. And Tyquan Campbell brought it back 90 yards for a touchdown, giving the lead back the Mustangs, 16-14, at the half.

There were six turnovers in the first half, two kickoff returns for TDs and a defensive touchdown.

But, in the second half, Ocean City stopped kicking the ball deep and got its offensive into gear. Harry Pfeifle (10 carries/73 yards) scored his 11th touchdown of the season from two yards, Robertson (9/54) got a second TD in the game from one yard and Liam Bergman (17/120) scored from five yards out.

Mainland, which had inserted sophomore Jacob Cook in at quarterback, lost him when he was shaken up in the second half. The guy the Mustangs expected to be their QB was Sahmir Jones, a junior, but he transferred to Pleasantville. The next guy was Dean Hall, and he got hurt. They used Roberts, a strong running back, for the first four games until deciding to go to Cook. Mainland also lost Carey, their kicker, to an injury in the second quarter.

Ocean City is now 5-1 and held its position in NJSIAA Group 3 with the win. The Raiders are at Lower Cape May next Saturday (Oct. 28). Mainland falls to 1-5 and will host Vineland next Friday.

EXTRA POINTS: … Senior Caroline Byrne, who plays the saxophone in the OCHS marching band and was still wearing her band uniform, was named Homecoming Queen at halftime … Keith Larkin kicked four extra points and is now 20 for 23 this season. His 20 PATs is the 10th highest total for a season in Raider history … with the two kickoff return TDs, Mainland tied Vineland for the most this year by a Cape-Atlantic League team … Brandon Lin was involved in nine tackles for the Raiders; Brandon Lashley, Vic Mahar and Tom Meehan totaled eight each. James Rice and Issac Robertson each had three solos. The starting OCHS defense has not allowing a touchdown in two games … referee Frank Burbridge was knocked hard to the ground by a group of players on the first offensive play of the game and was injured. He tried to stay in the game and remained on the field for another series before stepping away. The officials finished the game one man short … the video of the entire game is online at http://www.OceanCitySports.com, where a full box score and complete five-game stats are available …