QBs making a difference running the ball at CAL schools 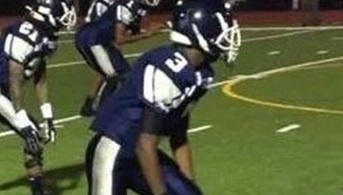 Running quarterbacks are the big story at Cape-Atlantic League schools so far in the 2017 football season.

Four of the top eight players in rushing yards are quarterbacks – No. 2 Isaiah Pacheco of Vineland, No. 6 Harry Pfeifle of Ocean City, No. 7 Cameron Hamer of Middle Township and No. 8 Kobe Roberts of Mainland.

Plus quarterbacks Brennan Ray of Lower Cape May and Nazim Derry of Atlantic City lead their teams in rushing yards and others – like Holy Spirit’s Josh Zamot, Cedar Creek’s Lou Barrios and Andrew Marcucci of Absegami – have been weapons running the ball. 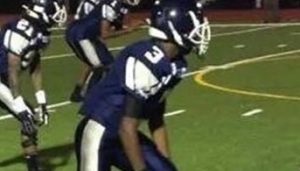 This versatility is a big plus for the CAL offenses and the most versatile of all has been the Vikings’ Derry (above). He leads his team in rushing, is fourth among CAL quarterbacks in passing efficiency AND is Atlantic City’s leading receiver with 21 yards per catch. Atlantic City uses two quarterbacks, including Mike Costabile, who transferred from Holy Spirit.

Holy Spirit sophomore Elijah Gray continues to lead CAL runners in yardage, this week by more than 250 yards over Pacheco.

Junior quarterback Mitchell Donovan of St. Joseph has been extraordinarily efficient throwing the ball, though he has only thrown it 19 times in five games. Zamot has the most pass attempts, most completions and most yards.

Absegami senior Josh Coursey remains the leading receiver, but only by five yards over Atlantic City senior Flash Morgan. Coursey has the most catches and Oakcrest’s Naji Hart the most yards per catch.

These stat totals are primarily based on statistics supplied by the schools.

All the offensive stat leaders in rushing, passing and receiving are online at http://www.primeevents.net/calfootballx.html.