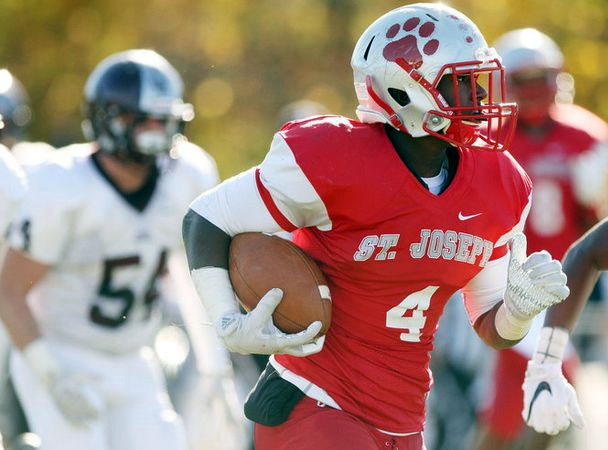 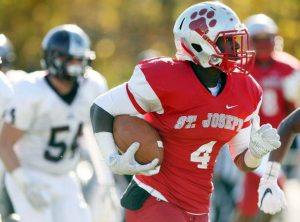 Qwahsin Townsel has moved up among the special players.

The St. Joseph senior has 172 points this year, the most in South Jersey this season and the ninth highest total for a single season by a Cape-Atlantic League back. Townsel has 26 rushing touchdowns and eight two-point conversions, leading CAL players in both categories.

St. Joseph sophomore Jada Byers has 132 points and is second to his teammate in scoring. Not surprisingly, St. Joe leads all CAL teams with 50 rushing TDs.

Nate Fondacaro kicked one extra point in St. Augustine’s loss on Saturday to finish his career with 105 kicking points. Only 19 CAL kickers have scored 100 kicking points, including Absegami’s Zach Sterr, who has 118. Sterr will go into Thanksgiving with 15 career field goals, third most in CAL history.

Those are the CAL football scoring highlights after 10 weekends. All the scoring leaders are online at http://www.primeevents.net/calfootballx.html.