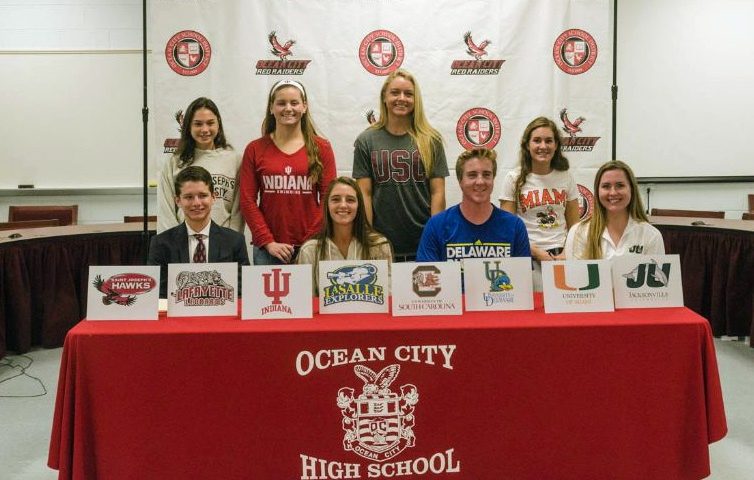 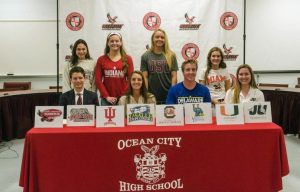 Standing, left to right, in the photo above are Alexa Weber, Maggie Wallace, Ryann Styer and Maren Stickley.

Weber, one of the most successful distance runners in South Jersey, will run for St. Joseph’s University.

Stickley, the coxswain for Ocean City’s successful second eight crew. will go to the University of Miami.

Schmeizer, who never experienced a loss in a cross country dual meet in his four years at OCHS, will run for Lafayette College.

O’Reilly, an all star field hockey player who missed the end of this season with an injury, will play at LaSalle University, where she will re-unite with former OCHS teammate Rialee Allen.

Nunan, one of the Cape-Atlantic League’s top pitchers and hitters last spring, will move on to the University of Delaware for baseball.

And Cooper, who was one of two area athletes selected to compete among more than 300 nationwide in the Youth Regional Challenge in Florida in September, will attend Jacksonville University for crew.