Wildwood's Maddie McCracken is averaging 24.4 points and 10.4 rebounds to help Wildwood to a 4-1 start to the season. 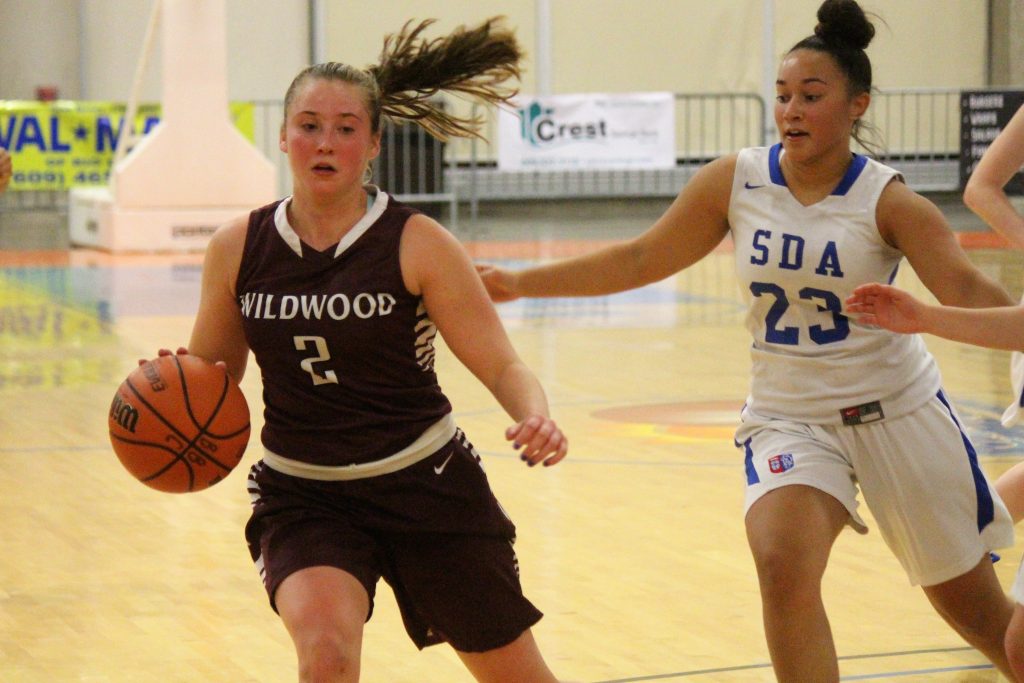 Wildwood’s Maddie McCracken is averaging 24.4 points and 10.4 rebounds to help Wildwood to a 4-1 start to the season.

WILDWOOD – Maddie McCracken knew she was going to have to do more for the Wildwood High School girls basketball team this season than she ever has before.

“I knew I was going to have to score more,” said McCracken, a 5-8 junior point guard. “But I think we have a great support system, so it’s not just me.”

Thanks to that support system, Wildwood exited the Boardwalk Basketball Classic with three victories in as many games, allowing the team to enter the new year on a four-game winning streak after it lost its season opener.

McCracken was brilliant in the championship game of the Kaitlin Anzelone Memorial Girls Bracket, making 8 of 12 shots from the floor in scoring a game-high 18 points in Wildwood’s 49-21 win over Cumberland. She also had five steals and five assists.

But while McCracken was certainly the game’s star, her teammates had plenty of good moments as well. Senior forward Tracey Young made 5 of 7 shots and scored 13 points to go with six rebounds. Senior guard Michelle Lugo added eight points and three steals. And promising freshman Jenna Hans had a game-high six steals to go with five points and four rebounds.

“I know I have to do a lot but I feel like it’s all five of us out there,” McCracken said. “I’m pretty confident in everybody.”

McCracken goes into the new year averaging 24.4 points, 10.4 rebounds and 4.6 assists through five games. She posted her first career triple-double in a win over Clayton before the Christmas break, tallying 16 points, 12 rebounds and 10 assists.

Despite those big numbers, McCracken is quick to credit her teammates. Young and Lugo are returning starters who have contributed greatly in all of the victories.

“I know I have to do a lot but I love playing with Tracey,” she said. “She was in foul trouble when we lost to Clearview and you could see the wheels come off when she went out. She’s the energy of our team. She gets everyone excited and ready to play.

“Michelle is a really good athlete. She makes things happen on defense. She gets a lot of steals and she’s very aggressive. She helps set the tone.”

Wildwood has gotten a nice boost from Hans, a 5-9 freshman. She scored 11 points on 4 of 5 shooting in the team’s win over St. Dominic Academy in the bracket opener.

“I could tell in the workouts and shoot-arounds we had over the summer that she was going to help us,” McCracken said of Hans. “She has a beautiful shot and she has a lot of potential.”

Sophomore Gabby Keoughan and freshman Leah Benichou have also been contributors for Wildwood.

But the engine starts with McCracken, who has transitioned nicely into a much larger role now that her sister, Mackenzie, has graduated after scoring nearly 1,900 career points.

With McCracken leading the way, Wildwood should be among the contenders for the Tri-County Classic Division title and could go far in the South Jersey Group I playoffs.

Wildwood’s good start “has gotten me excited,” McCracken said. “I think it can reflect how we’re going to do the rest of the season. I think we’re going to have a really good season.”

BASKETBALL SHORTS: In addition to the wins over Cumberland and St. Dominic Academy, Wildwood also beat Lower Cape May in a showcase game at the tournament. … The championship in the Kaitlin Anzelone Memorial Girls Bracket is extra special for Wildwood. The bracket is named in memory of the former three-star athlete who was part of Wildwood’s three-time state championship girls basketball team in the early 2000s. Anzelone passed away after what would have been her sophomore year of college after battling leukemia. Anzelone’s father, Rick, as well as other family members, was on hand to witness the title game. “None of us knew (Anzelone) but we know how important it is for us to win it,” McCracken said. “It means so much to us to win it for her. Wildwood is a very close community. I know this means a lot to a lot of people that we won it.”