Three from Middle, one from OC win titles at season-opening wrestling tournaments 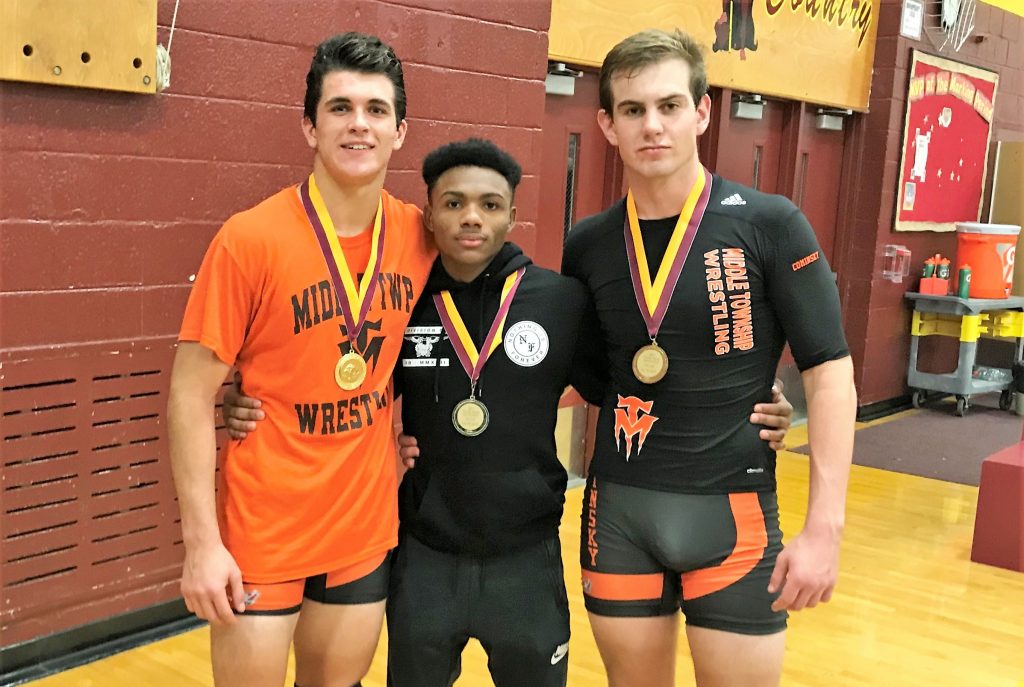 Three wrestlers from Middle Township and one from Ocean City each won championships as the three Cape May County high school teams opened the 2017-18 season by competing in separate tournaments on Saturday.

Lower Cape May competed in the John and Betty Vodgeding Invitational at Paulsboro High School.

Rodriguez, at 126 pounds, and Cominsky, at 195 pounds, each won by fall in their championship bouts at Haddon Heights. Nagle won his championship match at 170 by a 2-0 result.

At Gateway, Sannino was dominant in winning the 220-pound title, winning all three of his matches by fall.

Ocean City also had five other wrestlers place among the top three in their weight classes. Louie Williams placed second at 120 pounds after losing by fall in the championship match. Joey Garcia (113), Peyton Bristol (126), Nick Bell (132) and Rosario LaRosa (145) each won consolation finals to place third in their respective weight classes at the tournament.

At Paulsboro, Jonas Lumbruno (170) and Josh Antorino (220) each placed fourth in their respective weight classes.

Each of the county teams will participate in their first dual matches of the season this week.