Cape May County teams to play in reincarnated Seagull Classic 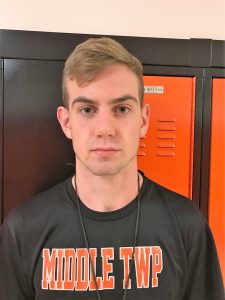 Senior Austin Cominsky of the Middle Township High School wrestling team is the CoastSportsToday.com Athlete of the Week for the week ending Dec. 30. Cominsky won the 195-pound championship and was named the Most Outstanding Wrestler at the Palmyra Holiday Tournament, leading Middle to the team title. Cominsky went into this week at 7-0 on the season and 70-29 for his career.

Middle Township's Kate Herlihy looks to send a backhand shot toward the cage.