VIDEO, PHOTO GALLERY: No late drama this time as LCM pulls away from Cape Tech 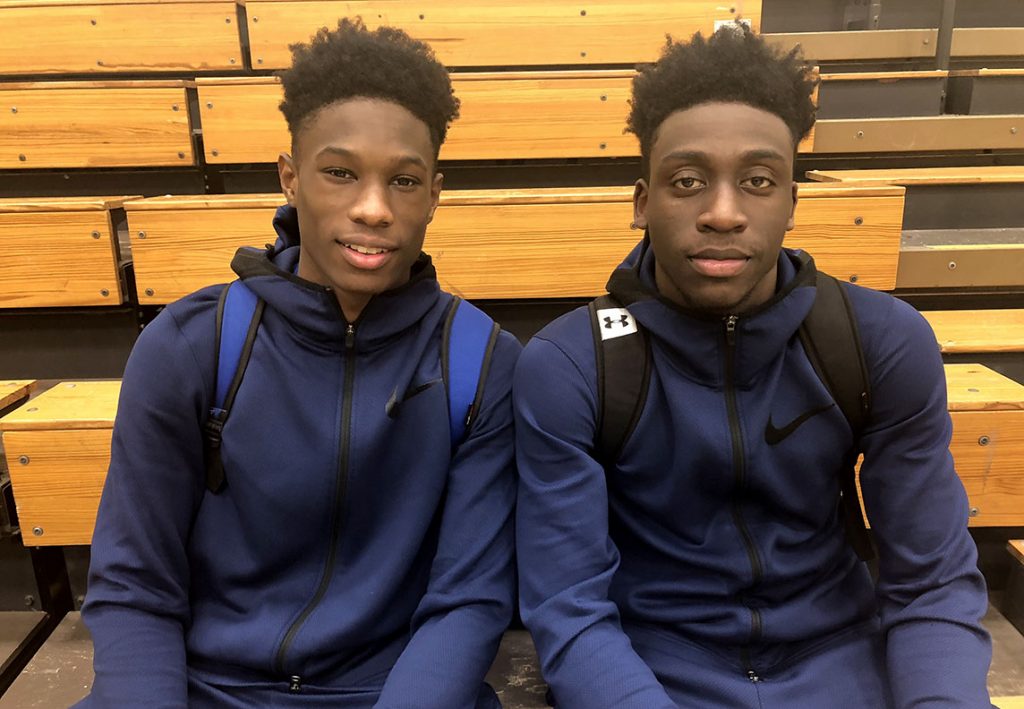 Charles (left) and Caleb Fields combined for 28 points to lead Wildwood Catholic to a 73-36 win over Cape May Tech.

The Crusaders, coming off their first loss of the season, dominated the Hawks from start to finish at both ends of the floor en route to a convincing 73-36 victory that kept them unbeaten in Cape-Atlantic United Conference play.

The game was Wildwood Catholic’s first since a 72-70 defeat to an Eastern team that was missing three starters on Saturday.

“Saturday was probably our poorest performance of the season and we showed some character rebounding from that loss by playing the way we did,” Wildwood Catholic coach Dave DeWeese said.

“The kids played like they had something to prove to themselves,” DeWeese said. “They came out right from the beginning and showed the effort that was lacking Saturday.”

Caleb Fields scored 16 points, Charles Fields added 12 points and Blaine Rossell chipped in 10 points for a Wildwood Catholic that was also efficient offensively. The Crusaders shot 27 for 53 from the floor (50.9 percent), had 14 assists as a team and posted a 36-21 rebounding edge. Eleven Crusaders players scored in the game.

Meanwhile, Tech, which had won seven of its previous eight games, finished the game with only 11 field goals. The Hawks shot only 10 for 51 from the floor (19.6 percent) and turned the ball over 19 times.

“This was probably our most complete game from start to finish,” DeWeese said. “Cape May Tech’s a good team. If we didn’t bring our ‘A’ game this could have been a real fight. But the kids did all the right things to get us back on track.”

Wildwood Catholic currently leads the South Jersey Non-Public B in power points. State playoff seeding is based on power point totals through 16 games. The Crusaders most likely locked up the No. 1 seed with the win over Tech.

Wildwood Catholic is next in action on Friday against William Penn (Del.) at a showcase event at Bishop Eustace High School. Cape May Tech will be right back out on the floor Wednesday, hosting another county rival in Lower Cape May.