Wildwood Catholic's Taj Thweatt makes a move to the basket during his team's win over Lenape. 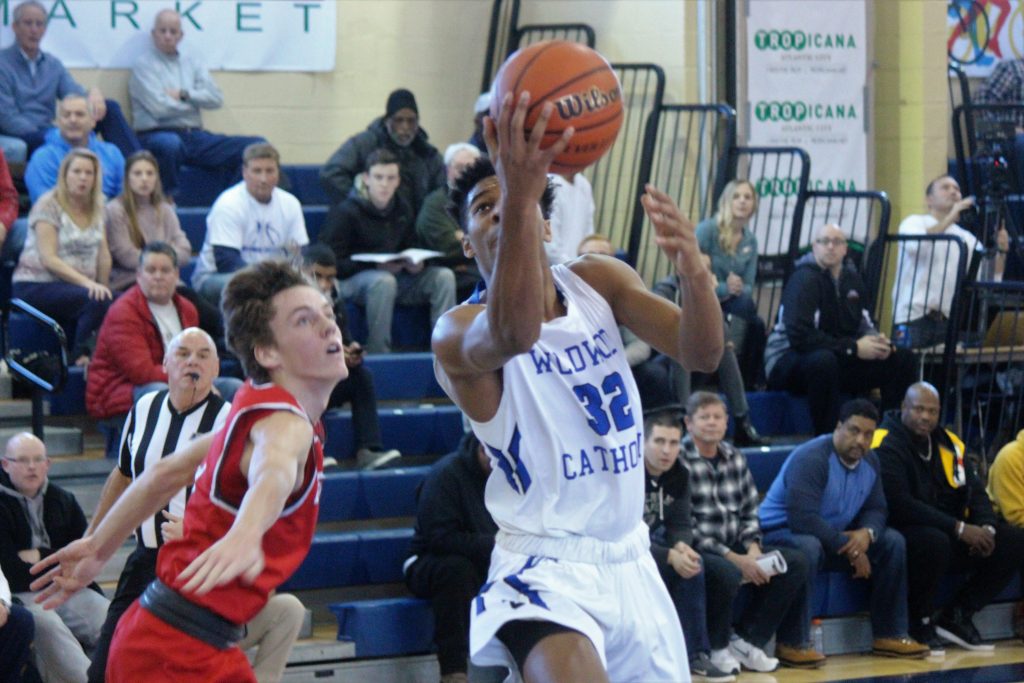 Wildwood Catholic’s Taj Thweatt makes a move to the basket during his team’s win over Lenape.

The latest came Sunday at the Seagull Classic showcase event at Holy Spirit High School when the Crusaders pulled away from Lenape, 56-51, in a matchup of teams ranked among the top 15 in South Jersey by media polls.

Wildwood Catholic ran its record to 7-0 and picked up its third impressive win of the season. The Crusaders also took down state-ranked Teaneck in their season opener and upended previously unbeaten Father Judge (Pa.) just prior to the new year.

Lenape opened the game with a 7-2 spurt, but the Crusaders roared back by outscoring the Indians 26-12 over the remainder of the half to take a 28-19 into intermission.

Lenape erased its halftime deficit and took a one-point lead late in the third quarter. But Jahlil White kickstarted an 11-0 Wildwood Catholic run with a three-point basket that immediately regained the lead for this team. Wildwood Catholic eventually opened a lead as high as 12 points with 4 ½ minutes to play. From there, Lenape got no closer than the final margin.

Wildwood Catholic’s Caleb Fields, a Bowling Green commit, netted a game-high 26 points, getting 16 of them in the first half. Taj Thweatt added 13 points and three blocked shots. 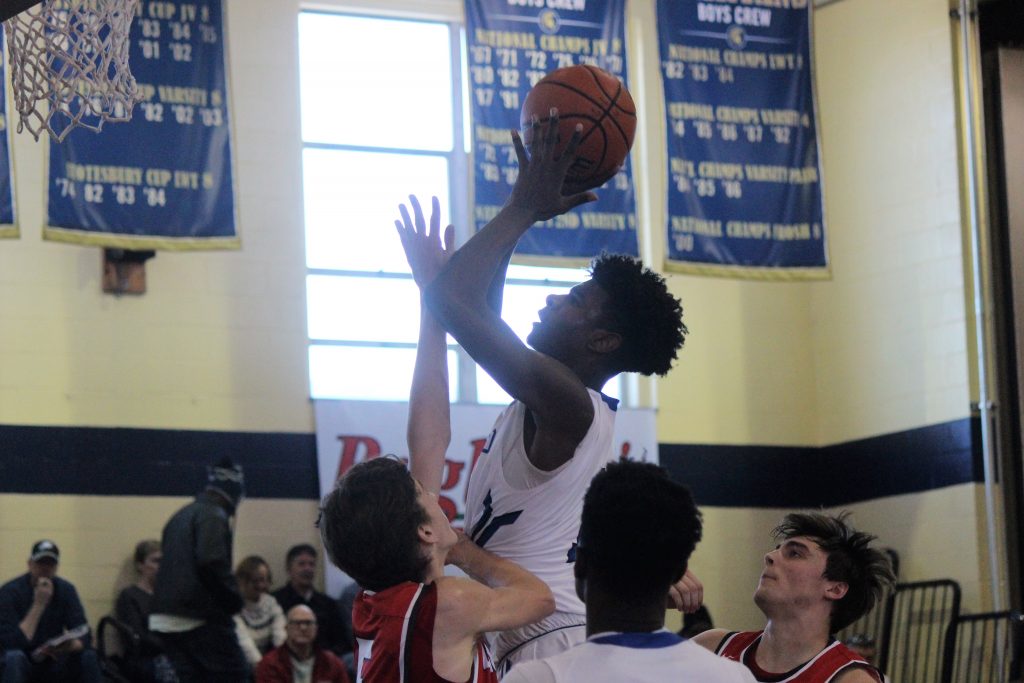