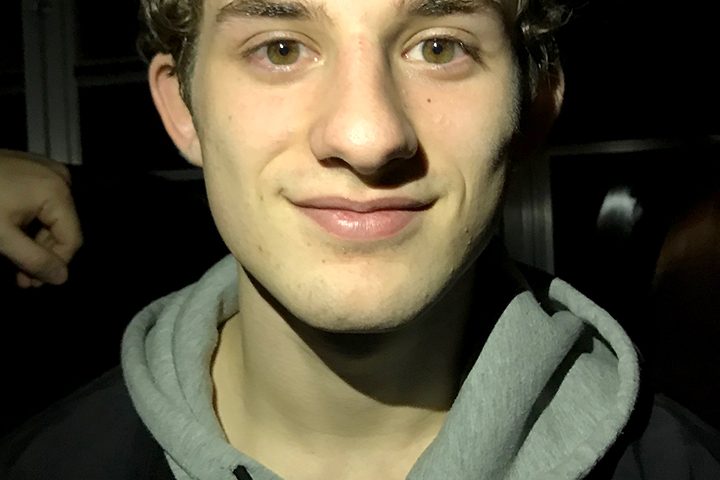 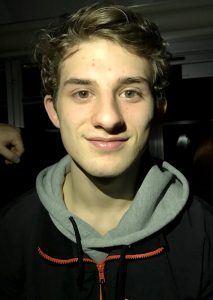 Nearly every year, there is at least one stunning result in the Region 8 Tournament preliminary round.

Haas, a junior seeded 15th in the 145-pound weight class, pulled off a major shocker when he pinned senior No. 2 seed Brett Bodnar of St. Augustine Prep. Haas advances to this Friday’s region quarterfinal round, while Bodnar, certainly a favorite to at least advance to states, if not win the region, had his season and high school career come to an end in shocking fashion.

Haas trailed 4-0 in the first period against Bodnar but pulled a quick reversal, turned Bodnar to his back and earned the win by fall in 1 minute, 16 seconds.

“It was pretty interesting,” Haas said. “He took a couple shots and got on me and then he tried to do a spladle. I kind of felt like he was messing with me a little. But then I turned him around, got him in a headlock and held him down and won it.

“It was amazing for me. It just felt great.”

“He got taken down almost right away and then he gave up two back points and at that point, against a kid like that, that’s a tough score to come back from,” Wolf said. “But he kind settled down after he got a couple restarts and he was trying to hang in. Then (Bodnar) got a little sloppy with his hips and Carson’s a dangerous wrestler. He has the talent to do that to somebody. If you’re looking for an upset situation, he’s the kid you want out there.

“When he got him to his back, it took a while for him to pin him and everyone kind of looked over and saw the No. 2 seed on his back. When the ref hit the mat, the place just exploded. We were all jumping up and down. Obviously it was very exciting.”

Haas said he never got discouraged despite his early deficit, however.

“I was just going to take my time, become a spoiler and show everyone I shouldn’t be the 15th seed,” Haas said.

Haas improved to 21-10 with the result. His quarterfinal match Friday is against seventh-seeded John Lowe of Clearview Regional.

“I feel very confident right now,” Haas said. “I feel like I can beat anybody that goes against me at this point.

Haas is one of four Cape May County wrestlers to advance out of Wednesday’s preliminaries into Friday’s quarterfinal round.

Middle’s Karl Giulian, the eighth seed at 160 pounds, won by fall in 3:06 over Lucas DeSantis of Gateway.

Lower Cape May’s Josh Antorino, the sixth seed at heavyweight, moved on with a 1-0 decision over No. 11 Jayden Smith of Southern.

And Ocean City’s Nick Sannino, the seventh seed at 195 pounds, beat No. 10 Anthony Hernandez of Vineland by fall in 3:18.

Haas, Giulian, Antorino and Sannino join Middle Township’s Romeo Rodriguez (126), Gary Nagle (170) and Austin Cominsky (195) as Cape May County representatives in the Region 8 quarterfinals. As district champions, Rodriguez, Nagle and Cominsky each received a bye past the preliminary round.

Other local Region 8 qualifiers Middle Township’s Giovanni Berardis (182) and Kyle Matthews (220) and Lower Cape May’s Wesley Tosto (106) and Dominic Robertson (113) each had their seasons ended with losses in Wednesday’s Region 8 preliminary round.