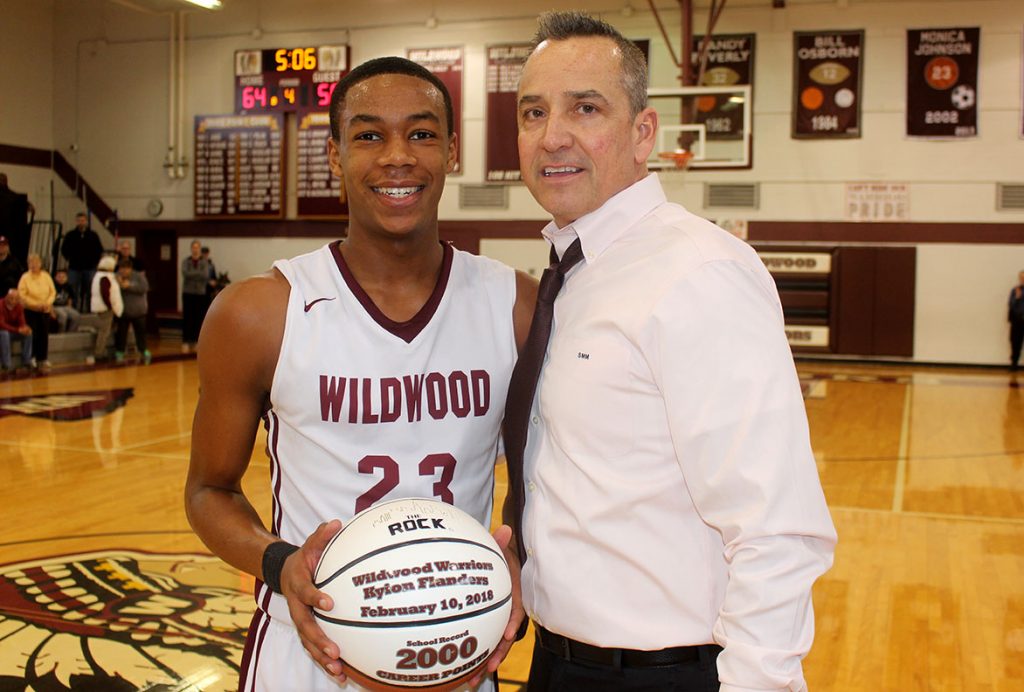 WILDWOOD – Kyion Flanders wanted to score his 2,000th career point in a win.

He got his wish.

Flanders, a 6-1 senior guard, poured in 34 points and became only the fourth high school boys basketball player in Cape May County history to surpass 2,000 career points in helping Wildwood to a 77-70 victory over Lower Cape May Saturday.

“It’s a good feeling to get 2,000 points but also to win this game,” Flanders said. “This game was very important to us since we lost to them the first time we played (71-56 in early January). The win was the most important thing today.”

Fans from both sides packed the Warrior gymnasium. Through much of the game, they were treated to a back-and-forth affair that featured several lead changes.

Lower Cape May opened its largest lead at 56-50 late in the third quarter. But Wildwood scored the last basket of the period and then held Lower without a point for the first 3 ½ minutes of the fourth. All told, Wildwood went on a 17-0 run to take a 67-56 lead. Lower never got closer than five points the rest of the way.

Flanders, who needed 30 points to hit the 2,000-point milestone entering the game, poured in a game-high 34 points in the victory. He reached the milestone on a difficult jump shot from the foul line area with 5:06 to play in the fourth quarter.

“I thought all along that Kyion was going to come in here and play well today,” McCracken said. “I knew he’d have it in the back of his mind, but he definitely played like he wasn’t worried about it.

“None of us were really paying attention to it. I know Kyion didn’t know until he got real close. We had someone behind the bench telling us when he got close. We were all so focused on trying to win the game.”

Tyler Tomlin was also in double figures for Wildwood (13-7) with 14 points.

Patrick Holden shot 11 for 22 from the floor and scored 31 points for Lower Cape May (14-7).  He also added six assists. Khamar Matthews chipped in 16 points for the Tigers.

“When we play local teams, it’s the most fans we get so there’s a lot of excitement and energy in the gym,” McCracken said. “We really wanted Kyion to get in here at home in front of a big crowd. Pat Holden played a great game against us. We feel like we just beat a really good team, so we’re really happy with how everything went today.”

“It’s a great feeling,” Flanders said. “There are a lot of great people up there (with 2,000 points) so being next to them is one heck of a feeling.” 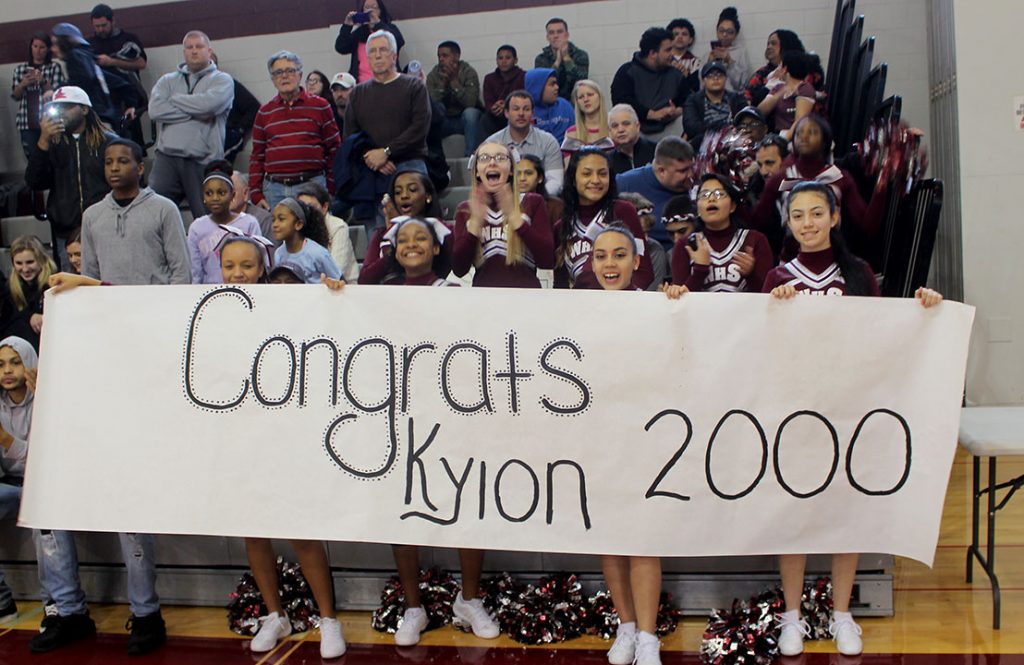