That potential turned into major production when the Crusaders needed it most.

With star senior guard Caleb Fields struggling with his shot, White managed to produce the best game of his high school career to date to lead the Crusaders into the Cape-Atlantic League championship game.

White scored 11 of his 17 points in the second half to lead a massive rally by the Crusaders, who stormed back from a nine-point halftime deficit to post a 61-53 victory over St. Augustine Prep in Thursday’s CAL semifinal game at Absegami High School. 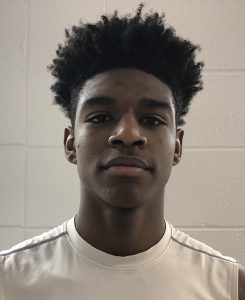 Wildwood Catholic, the second seed in the eight-team tournament, will face No. 1 Atlantic City in the CAL title game Saturday at 2 p.m. at Richard Stockton University. Atlantic City beat Pleasantville, 93-69, in Thursday’s other semifinal.

The championship game is a rematch from the 2014 final, when Wildwood Catholic posted a 61-33 win over the Vikings for its only overall CAL title.

But Wildwood Catholic (23-2) scored eight of the first nine points of the third quarter to get back in the game. At the same time, St. Augustine got in deep foul trouble as its two best post players, Marlon Hargis and Charles Solomon, each picked up their fourth foul in the period and played sparingly in the second half.

White, meanwhile, sparked the Crusaders’ second-half rally. He scored eight points in a third quarter in which Wildwood Catholic outscored the Hermits by 17-5. They limited St. Augustine to one field goal in the period.

White then added three more points early in the fourth quarter as Wildwood Catholic eventually tightened its grip on the contest.

White shot a sizzling 8 for 9 from the floor, taking all of his shots around the basket or from the middle of the lane. He also added three assists, one of which came on a nifty back door pass to Charles Fields that resulted in a key layup midway through the fourth quarter.

Despite shooting just 2 for 8 from the floor, Caleb Fields still managed to post 17 points, shooting 13 for 17 from the foul line. He also had six rebounds and four assists.

The Crusaders also outscored St. Augustine on points in the paint by 28-6 in the second half. And they out-rebounded St. Augustine 16-9 after halftime after losing the battle of the boards by 16-14 in the first half.