Mainland wins a pair of one-point games over Ocean City 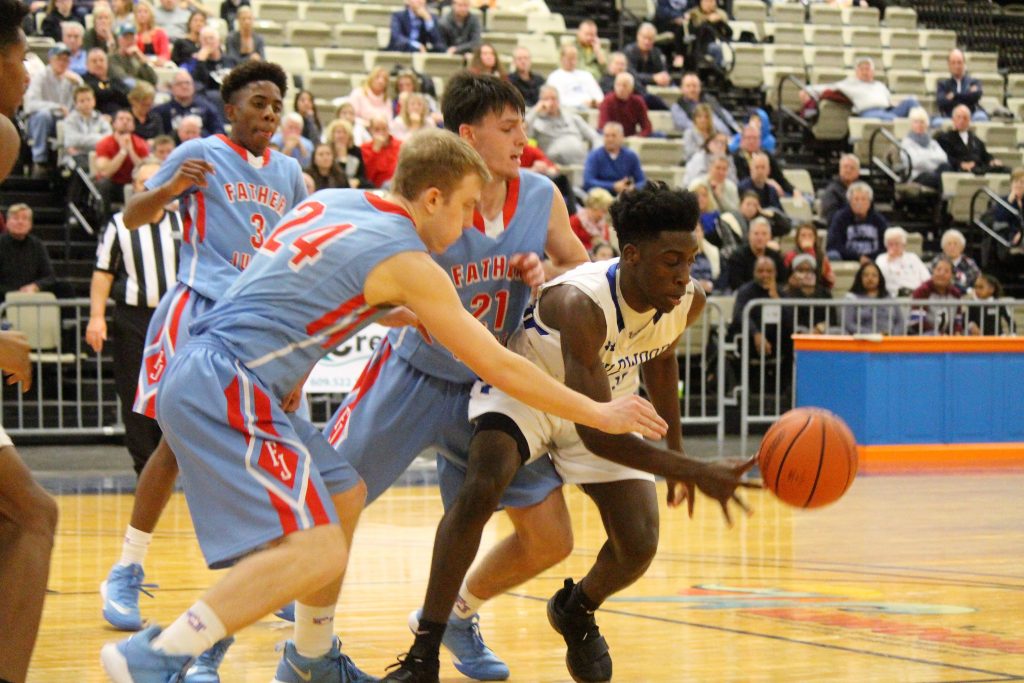 Wildwood Catholic’s Caleb Fields (right) has been selected to play in the North-South state all-star game.

Fields, who committed to Division I Bowling Green in the fall, is the lone Cape May County player selected to participate in the contest, which annually includes the top senior high school basketball players across New Jersey.

The game is scheduled for Saturday, March 17, at 12 noon at Rider University.

Fields is one of three Cape-Atlantic League players selected. The others are Atlantic City’s Ray Bethea and St. Augustine’s Marlon Hargis. Also selected was Camden’s Corey Greer, who played his freshman season at Middle Township.

Fields is one of South Jersey’s top combination guards. He is averaging 22 points, 3.5 rebounds and 2.1 assists for the Crusaders, who take a record of 20-2 into Friday’s Cape-Atlantic League playoff game against Millville.

Fields is coming off one of the best statistical games of his career. On Wednesday, he tallied a career-high 38 points in a 95-70 win over St. Joseph that allowed Wildwood Catholic to finish unbeaten in its 12 CAL United Conference games this season. Fields also made a career-best six three-pointers in the contest.