Basketball sure was fun at OCHS this winter

It was a lot of fun watching Ocean City High School basketball this winter.

Oh, the two veteran coaches still patrolled the sidelines occasionally like they were in agony. But these two OCHS teams certainly gave fans their money’s worth.

This was the first time in the 47 years in which Ocean City High School has had varsity basketball teams of both genders that both teams were 20-game winners.

Now, take a look at the expectations.

Those modest expectations did not matter to the coaches or their lineups of new players. The boys were 20-8, nearly won the Cape-Atlantic League’s National Conference and should have played for the South Jersey Group 3 title against Delsea in the Dixie Howell Memorial Gymnasium. A snow storm and an 18-2 first quarter against Seneca killed that probability.

The girls had a bit of a roller coaster season. They won the first 10 games before losing back-to-back games to Clearview and Holy Spirit. They shook them off, took Mainland into overtime and then stabilized. Though they did not defend their CAL title, the Raiders won a third straight South Jersey championship. And they had four classic games with rival Mainland. 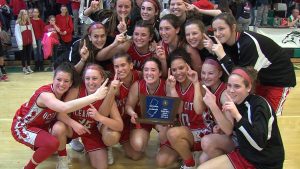 There weren’t many seniors in the rotations of these two teams but they were important.

Tom Jamison, Jake McQuarrie and Issac Robertson were critical to the boys. Jamison had a complete game and a shooting eye that produced many clutch points. McQuarrie used his quickness of feet and of mind to produce some of the most remarkable passes of the season. And Robertson brought his athletic prowess to the attack, frequently making plays that seemed unstoppable.

A trio of other seniors – Will McGonigle, Harry Pfeifle and Greg Cates – also provided leadership and support from the bench and when they got on the court.

The girls team benefitted from seniors Mickey Baker and Kilie Wyers. If the ball was on the floor, so were those two girls. Baker was a force on the baseline and frequently drew the toughest defensive assignment. Wyers was a strong perimeter shooter who was at her best in the clutch.

The seniors will be missed. But the future is rather bright.

Bruno returns his two leading scorers – Luke Varallo and Donovan Graham – plus point guard Joey Sacco, who was awarded the Boo Pergament Award over the weekend as the CAL’s most improved player. Add to those returning starters 6-5 Eric Greenling (whose shot-blocking quickly became legend) and versatile freshman guard Gannon Brady – plus a few junior varsity players who will move up and a couple of interesting freshmen coming in September – and the Raiders should challenge for the conference title again. They might even be the favorite. 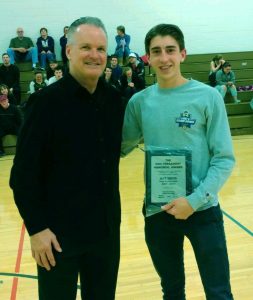 The girls also return an impressive lineup. Danielle Donoghue, who pulled things together this year, will be back again for more of the same. She led the team in points, rebounds, steals and assists. Emma Finnegan, the six-foot sophomore, continued to develop into one of the CAL’s best centers. Tori Rolls is lightning fast and a tough defender. Add to that trio Savanna Holt, Abbey Fenton, Delaney Lappin and Molly Hoffman and Baruffi has the makings of another championship contender. Mainland will still have Kylee Watson at the center of things but Ocean City’s overall lineup will be more versatile and balanced. (How many overtime games can those two teams give us over the next two years?)

It was fun from start to finish – the Ocean City PBA Tipoff Weekend, the Boardwalk Basketball Classic, Seagull Classic, Shoot Down Cancer Classic, 97.3-ESPN Shootout, the CAL Tournament – these Raiders were everywhere.

It was fun this year but the most fun is realizing that they might be able to do it all again next season.

Complete OCHS boys stats for the season are available at http://www.oceancitysports.com/ocboysbasketball.html.