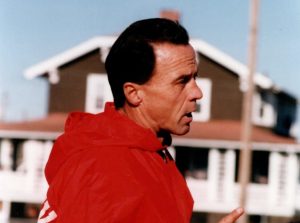 Degenhardt was one of 11 coaches to be recognized for their exceptional contributions to high school sports in Southern New Jersey.

“It’s very humbling.” Degenhardt said today. “I don’t feel that comfortable being singled out. I’m pretty sure a speak for all of the other high school coaches. None of us do it by ourselves. High school sports is a team effort.” 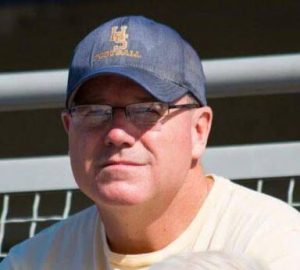 One other Cape-Atlantic League coach was inducted last night – Holy Spirit’s Bill Walsh, still an assistant at the school as he battles Lou Gehrig’s disease, whose teams won 41 times in five years, including one CAL title and one NJSIAA championship.

“I am truly standing here representing many more people than just myself,” Degenhardt told the audience last night. “I was lucky enough to work with and learn from a great number of coaches and players through the years. None of us do it to win awards or even championships. We do it to work with the special people we meet through high school sports. That said, I am truly honored by this and accept it with pride on behalf of all who were part of the Ocean City High School football program.”

Also inducted at last night’s induction ceremony, which was originally scheduled for early March but was postponed twice by bad weather, were Mike Gould and Claire Harden of Holy Cross; Lou Stickel of Delran; Stephanie LaMaina of Collingswood; Bobbie Schultz of Shawnee; Clarence Turner of Camden; Jean Bower and Bruce Farquhar of Glassboro; and Donna Slenkamp of Pitman.