Its springtime for sports at OCHS

Spring sports have started – at least, a few of them – at Ocean City High School.

The Raiders will compete in the Cape-Atlantic League’s American Conference in boys track, girls track and golf and in the National Conference in baseball, softball and boys tennis. CAL lacrosse teams will again all compete for one championship. 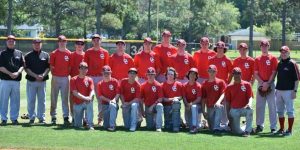 Baseball (13-10 last year/2-1 this year): Craig Mensinger, the school’s all-time win leader with 360 wins (142-65 the last nine seasons) has retired and has been replaced by longtime assistant Andrew Bristol. The Raiders (above) started the season in Florida, beating Tampa’s Grace Lutheran, 13-3, and Landmark Christian of Fairburn, GA, 9-0.

Senior Dan Nunan, a Delaware recruit who averaged over 11 strikeouts per seven innings last year to lead the CAL, struck out 12 Grace Lutheran hitters in five innings. He also had a pair of hits. Junior third baseman A.J. Campbell had four hits and drove in a pair of runs. Senior center fielder Dom Monteleone and senior designated hitter Syd Unsworth each had two hits in the game, stopped after OCHS took a 10-run lead in the sixth inning.

In the third and final game in the Sunshine State, the Raiders lost to Canisius High School of Buffalo, NY, 4-3, when a wild pitch in the bottom of the seventh scored the winning run. Nunan, Monteleone, Campbell, junior catcher Shane Ferry and senior second baseman Parker Bristol each delivering hits.

Ocean City competes in the Manny Flick Regatta on the Schuylkill River in Philadelphia on Sunday. 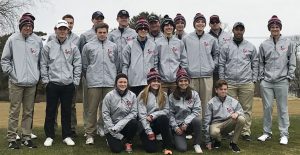 Golf (12-3 last year/1-0 this year): Senior Jack Sullivan shot a 37 at Greate Bay in Somers Point, including a pair of birdies, and senior Matt Blaker shot a 38 with a single bird as the Raiders defeated Atlantic City, 163-257. Senior Craig Nordberg and sophomore Luke Neff each carded 44s.

The Raiders (above) – coached by Ed Ritti and Bryan Chojnacki (46-22 in four seasons) – are the defending South Jersey Group 3 champions. They return to the course Friday at Millville. 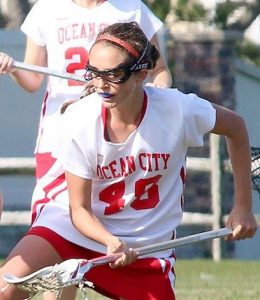 Other key players for the Raiders include seniors Hailey Stack and M.K. Tumelty; juniors Reese Bloomstead and Ali Hendricks; and sophomores Molly Reardon and Morgan Pizagno.

DiMarino, Donoghue, O’Reilly (a LaSalle recruit for field hockey) and Stack were all stars last year.

The Raiders resume their season on Wednesday against Cedar Creek at Carey Stadium.

Softball (12-8 last year): Ocean City will open its season next Wednesday (April 11) at St. Joseph and will play its home opener the next afternoon at Dick Grimes Memorial Field against Middle Township. John Bruno has 46 of his 88 career wins in the last five seasons. He lost one of the CAL’s top power hitters – Keani Hindle (9 HRs, 36 RBIs) – to graduation. But junior Jackie Nesi (.464), one of the league’s top 10 hitters, is back at first base.

Bruno will have junior Alex Vitola at second base, Holy Spirit transfer Savanna Holt, a junior, at shortstop and freshman Hailey Neville at third base. The outfielders are junior Lindsay Konick, senior Catherine Faust and sophomore Marissa Guido. Sophomore Abby Craige will do the catching with junior Ashley Vitiello on the mound. Neville and Faust will also pitch.

Boys Tennis (14-5 last year): Tim Kelley takes over as head coach after the retirement of George McNally (164-145 in 17 seasons). The Raiders have had two straight winning seasons and have been at .500 or better each of the last five springs.

Senior Tanner Tomassi is scheduled to be playing No. 1 singles when the Raiders open on Friday morning at Mainland, the two-time defending South Jersey Group 3 champion. Senior Manav Rendheri will be at No. 2 singles and senior Ryan Roller at No. 3. The first doubles team will be freshman Mike Jacobsen and sophomore Rich Flemming and junior Luke Bowman will team with senior Calen Connell for second doubles.

Ocean City will play its first home match on Monday against Cedar Creek.

Zelinski, Schmeizer and Rolls were county champions last spring and Rolls is a two-time first team conference all star.

The boys will compete Saturday in the Colonial Relays at the College of William & Mary in Williamsburg, VA.

Girls Track (4-3 last year): Tim Cook takes over as head coach from Kevin Greene (45-31-1 in 10 seasons). He has some impressive athletes returning. 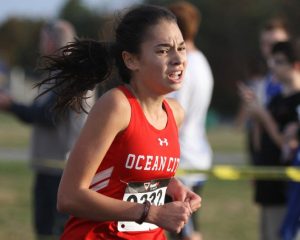 Senior Alexa Weber (above), a St. Joseph’s recruit, is one of South Jersey’s top distance runners. Senior Mickey Baker, a Monmouth recruit, is strong in the middle distances. Junior Tori Rolls was a double winner in the country track meet last season. Junior Mackenzie Matura is a top hurdler. And junior Sophia Gresham, a sprinter, was county champ in the long jump. There is sophomore Casey McLees in the distance events, junior Amanda Allen and sophomore Jade Phelps to strengthen the lineup.

Add to that group freshman Alex Palmieri, who had a strong cross country and indoor season, plus freshman Erin Hanlon, freshman Aila Troxel and the very versatile sophomore Delaney Lappin.

The girls put that lineup to the test on Tuesday afternoon at Carey Stadium in a tri-meet with Absegami and Mainland.

The Cape May County Championship Track Meet will be held again at Carey Stadium on May 11.

Keep checking back at https://coastsportstoday.com for complete previews of Cape May County spring sports – sport by sport. 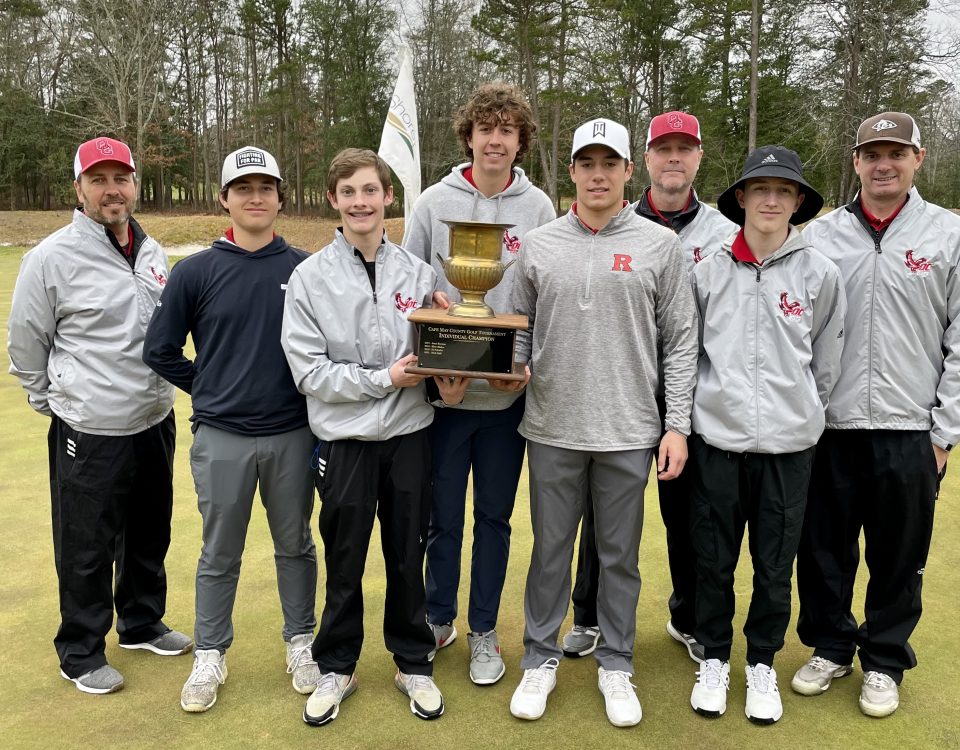