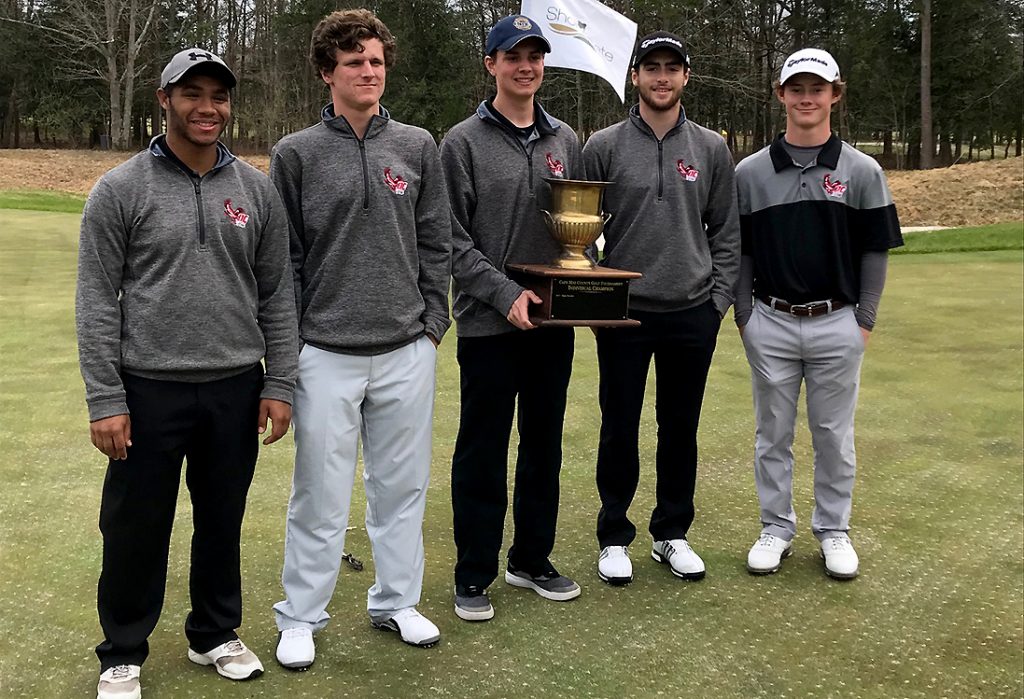 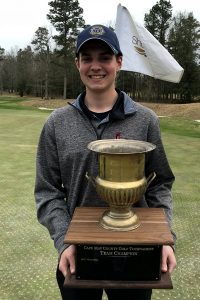 Blaker shot 10-over-par 82 in the 18-hole tournament held at Shore Gate Golf Club, overcoming difficult playing conditions that included winds gusting to more than 30 miles per hour and greens that were punched for aeration.

“It’s kind of an unreal feeling,” Blaker said humbly. “Going into it I was just trying to be in the top five or somewhere like that. I was just happy that our team and our guys did well.

“The greens were very slow. I ended up getting a few bounces that went in my favor and some putts dropped for me.”

Blaker was slotted as Ocean City’s seventh or eighth golfer last season as a junior. Through lots of practice over the summer and winter, Blaker’s game has improved to the point that he’s now one of the top players on one of South Jersey’s best teams.

“I got a golf membership at Sand Barrens and I felt like I was there almost every day (over the summer),” Blaker said. “Then in October I got a membership to Greate Bay so I could practice on our home course. I felt like I’d have an advantage if I played over the winter. I played three or four days a week if it was nice out.

“It’s amazing to see the work I put in over the summer and even the winter start to pay off now. Obviously I made a huge jump from (No.) 7 or 8 on the team to where I am now.”

As for firefighting, Blaker said he became interested in the profession through his father, a longtime volunteer firefighter. He said he plans to enter firefighter school this summer and later hopes to study fire science in college.

“My dad’s done it a long time and some of my friends have started to do it,” Blaker said. “I think it’s great that I get to serve my community.”

Blaker wasn’t the only Ocean City golfer to perform well under difficult conditions at the tournament. Jack Sullivan shot 85 for second place and defending champion Isaac Royster carded an 87 for third place. Craig Nordberg also grabbed the final place in the top 10, finishing with a 93.

P.J. Schulte and Vince Lamanna led second-place Middle Township by shooting 88 apiece, good for fourth and fifth places. Cape May Tech’s Chris Porto was sixth with an 89 and Scotty Wiltshire was seventh with a 91. Lower Cape May’s Kolby Carter and Joe Baker finished eighth and ninth at 93.