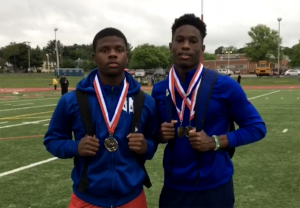 There were two double winners and three other first-place finishers from Cape May County at the Cape-Atlantic League track and field championships Thursday afternoon at Bridgeton High School.

Two Wildwood Catholic seniors were double winners at the meet. Rakim Coyle took first place in the long jump with a leap of 22-7 ¼ and also won the triple jump at a distance of 43-5 ½. Teammate Charles Fields took the two sprint events, winning the 100 meters in 10.81 seconds and the 200 meters in 21.76 seconds.

Other Cape May County winners from the boys meet included Middle Township’s Gary Nagle, who broke his own school record at a height of 13 feet in the pole vault, and Lower Cape May’s Will Berger, who won the 1,600 meters in 4:32.76.

On the girls side, Middle Township’s Abri Bostard won the pole vault at a height of 9-0.

Several other athletes from Cape May County enjoyed top-three finishes at the meet. 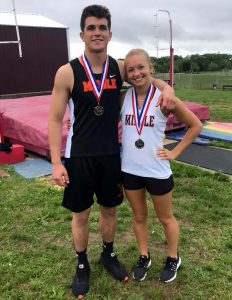 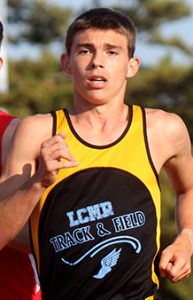 Lower Cape May’s Will Berger won the 1,600 meters at the CAL track chmapionships.

In girls competition, Ocean City’s Alexa Palmieri placed second in both the 1,600- and 3,200-meter races, Middle Township’s Kate Herlihy finished second in the 400 hurdles and Ocean City’s Sophia Greshman was third in the long jump.

CLICK HERE FOR FULL RESULTS FROM THE CAL TRACK CHAMPIONSHIPS