Commentary: Wildwood-Wildwood Catholic rivalry should continue in all sports 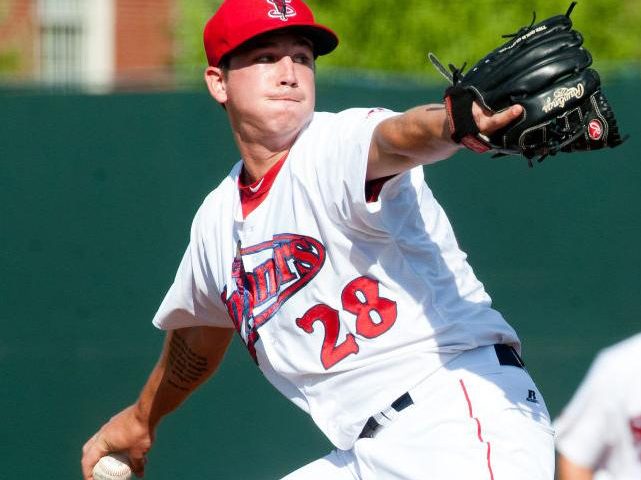 Josh Pennington with the Lowell Spinners, a Red Sox affiliate, in 2016. 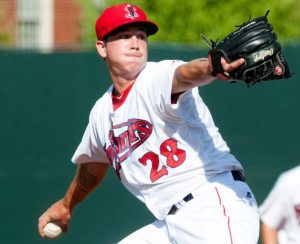 Josh Pennington with the Lowell Spinners, a Red Sox affiliate, in 2016.

Pennington, an original draft pick of the Boston Red Sox who was later traded to the Milwaukee Brewers organization, made the announcement via social media Saturday afternoon in the wake of suffering the second major arm injury of his career. When reach by phone, Pennington said he tore the ulnar collateral ligament in his pitching elbow about three weeks ago while pitching for the Wisconsin Timber Rattlers. It is the same injury he suffered during his senior year at Lower Cape May in 2014.

Pennington declined to comment further, stating that his public comments on the matter would be limited to the message he placed on his Instagram account. That message read:

“Unfortunately today I have decided to retire from professional baseball. I’ll always be grateful to baseball for the friends and memories it has given me. I’d like to thank my family and friends for endless support over these last couple years, as well as both the Red Sox and Brewers organizations for giving me a chance at being a ball player. Even though I did not make it as far as I wanted to God has blessed me with the opportunity to live out part of my dream which many people never have the chance of doing. The past 4 years have been a grind of non stop physical therapy to work back from injury after injury and now with another major surgery a 2nd UCL reconstruction needing to be done and a very uncertain comeback I’ve decided that it’s time to move on with my life. For those who truly know me they will understand the heartbreak this decision brings for me, but baseball will never define who I am. Who I am as a man, brother, son and one day who I am as a father and husband that will define me.”

Pennington joined the Timber Rattlers late out of spring training this season and pitched just two innings over two games before suffering his latest injury.

Armed with a low 90s fastball as a high school senior, Pennington was projected by some to be a high draft pick out of Lower Cape May. But the righthander suffered his first UCL injury early that season. He was drafted in the 29th round by the Red Sox that June but missed more than a year after undergoing Tommy John surgery.

He pitched for two seasons in the Red Sox system before being traded to the Brewers organization after the 2016 season.

Pennington was hampered by other minor injuries during his professional career as well, which limited him to 32 games over four minor league seasons. He was very effective when healthy, however, going 8-7 with a 2.39 ERA and 104 strikeouts in 113 innings pitched over his career. His fastball as a professional at times touched into the high 90s and consistently sat in the 94 to 95 miles-per-hour range.

Pennington’s best season as a pro was in 2016 with Red Sox affiliate Lowell in the short-season Single A New York-Penn League, where he went 5-3 with a 2.86 ERA in 13 starts. He was effective with Wisconsin last season, going 1-3 with a 2.86 ERA, but pitched in just nine games after making one appearance early in the season for the Brewers’ rookie affiliate in Arizona.

Pennington was one of two Lower Cape May graduates in professional baseball. Matt Szczur, a 2007 graduate of Lower, is a reserve outfielder for the San Diego Padres.