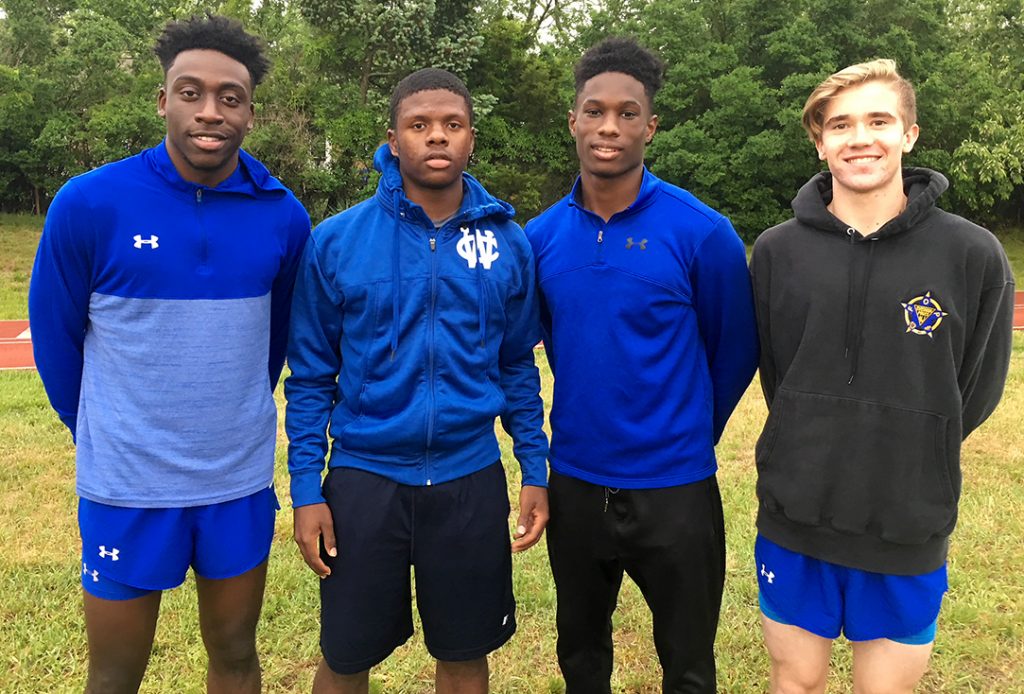 Charles Fields did it again.

After winning the 100-meter dash on the first day the South Jersey Non-Public B championships Monday, Fields returned for the second day Tuesday and won two more gold medals.

The Wildwood Catholic High School senior claimed victory in the 200-meter race and also joined forces with his brother, Caleb; Rakim Coyle; and Aiden Saul to win the 4×100 relay.

Fields ran the 200 meters in 22.12 seconds to beat second-place Shalon Wallace of Wardlaw-Hartridge by almost .9 seconds.

The 4×100 relay team finished with a time of 44.50 seconds to edge Holy Spirit by almost a half second.

Runners break away from the start at the beginning of the girls race.