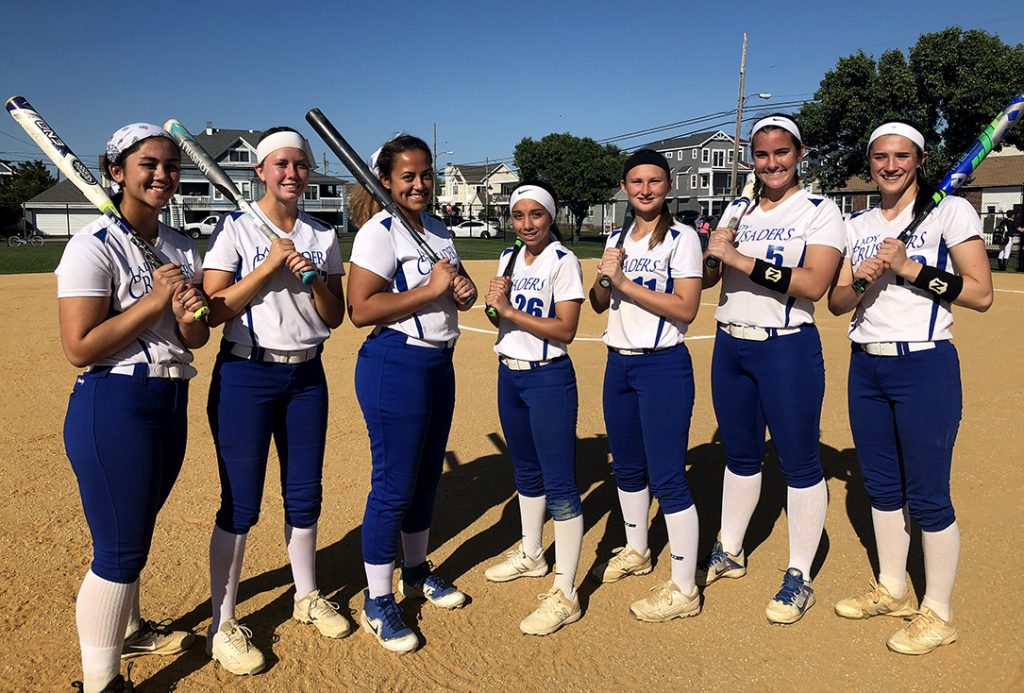 The top-seeded Crusaders will host No. 5 Holy Cross in a sectional semifinal game on Tuesday.

The Crusader offensive explosion was a continuation of what’s gone on all season. Cimino’s home run was her 13th of the season, putting her among the tops in the state.

As a team, Wildwood Catholic has belted 33 home runs and 89 extra-base hits overall in 26 games.

Wildwood Catholic coach Matt Megines said Cimino’s father, Todd, began instructing many of the players on the team with their hitting over the winter.

“Their old hitting coach retired, so a lot of the girls took it upon themselves to go to Emily’s house and hit all winter long,” Megines said. “We knew we had power but we didn’t think we’d have this many (extra-base hits). I think it’s contagious. They’re all hitting the ball really, really well.”

“We expected to hit the ball hard,” Megines said. “We try to focus on hitting the ball hard up the middle and into the gaps. A home run’s actually kind of a mistake. But the girls are all strong and some of them are going out.”

Wildwood Catholic entered last year’s state tournament — which ended with a South Jersey title and a loss in the state title game — with two less defeats than this year’s team. But the Crusaders faced a much tougher out-of-league schedule in 2018.

Megines believes having faced tougher pitching during the regular season will pay dividends in the state playoffs.

“We tried to schedule some good teams that had Division I (college)-caliber pitching or elite travel ball pitchers,” he said. “We figured it would help us when we got to this point as we try to make another run through the tournament.”