Sullivan third, five others from county among top 15 at CAL golf championships 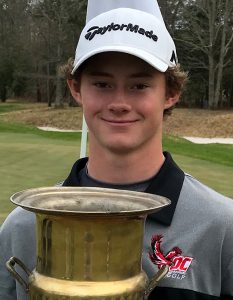 Drue Nicholas of St. Augustine Prep won first place with a 2-over-par 73. Jonathan Prussel, also from the Prep, was second at 76. Sullivan was one shot behind at 77. Mainland’s Michael Mitnick was fourth at 79 and James Dalzell of Holy Spirit rounded out the top five at 81.

Golfers qualified for the tournament by posting at least five nine-hole rounds at 6-over-par or better during the regular season.