Beginning with the 2018-19 season, the Cape-Atlantic League girls basketball team that is ranked the highest in the Online 25 will display The Joe Fussner Award, created by Prime Events in honor of the former coach at Stockton University and Atlantic City High School. 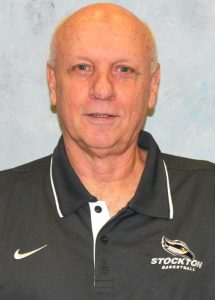 Fussner recently retired as head women’s coach at Stockton, compiling a record of 410-282 during his 26 years. He was selected the New Jersey Athletic Conference Coach of the Year, won two NJAC championships and has been the coach during all seven of Stockton’s NCAA tournament berths.

His girls teams at ACHS were 167-18, winning two state titles, four South Jersey championships and seven CAL titles. He also worked as an assistant to Sam Botta during some of Egg Harbor Township’s championship years.

In addition, Fussner had a 145-24 record in six seasons as boys basketball coach at Atlantic City High School, including five Cape-Atlantic League championships.

His won-lost percentages in both boys and girls basketball are the best in CAL history. And his total record was 722-324 during his complete coaching career.