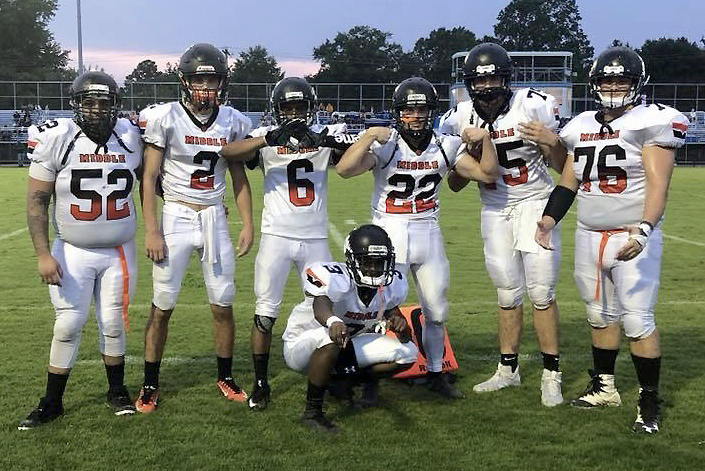 The Middle Township High School football team traveled a long way to do something the program hasn’t accomplished in 14 years Friday evening.

Meanwhile, here in the area, the Lower Cape May Regional High School football team had the start of its game delayed more than 1 ½ hours due to lightning flashes, then had it suspended before halftime due when more lightning was spotted by game officials.

Middle traveled to Seaford (Del.) and showed no ill effects of the long trip, which included a ride on the Cape May Lewes Ferry. The Panthers promptly blitzed out to a 28-0 halftime lead, en route to a 41-0 defeat of the Bluejays. 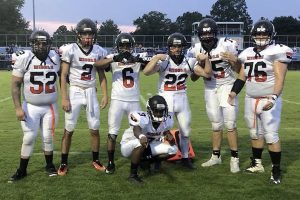 Middle, which has conceded only seven points through two games, has started the season 2-0 for the first time since 2004.

Middle rushed for 231 yards as a team.

The Panthers are scheduled to travel to Buena on Friday. Buena won its opener Friday, beating Haddon Township, 40-0.

Lower Cape May and Riverside were scheduled for a 6 p.m. kickoff in Erma for the season opener for both teams but the contest was delayed due to rumbles of thunder and flashes of lightning that lasted from before 5 p.m. until almost 7 p.m. The game finally began at 7:40 p.m.

The first score of the game occurred in rather bizarre fashion. Pat Moore scooped up his own blocked 22-yard field goal attempt and broke at least four tackles before diving into the end zone midway through the first quarter. Lower had gotten into scoring position thanks in part to a 29-yard pass from Connor Eckel to Matt Jefferis.

Moore later gave Lower a 14-0 lead early in the second quarter, running in from 24 yards out on the second play after Lower’s defense stopped Riverside on fourth down on a tackle for loss by Izaiah Lugo.

Riverside got back in the game with 3:45 to go before halftime when quarterback Dan Devlin scored ran into the end zone from four yards out before tossing a two-point conversion pass to Tyler Fink.

Riverside never got the opportunity to kick off after the score, however, as the officials halted the game after seeing a couple of quick lightning flashes. The teams moved indoors to wait out the delay but the game was ultimately suspended indefinitely about 45 minutes later when more lightning flashed across the sky.

According to Lower Cape May athletic director Erik Simonsen, the teams were going to explore the possibility of resuming the game at a neutral site sometime Monday afternoon. The status of that scenario was unclear as of late Saturday morning.