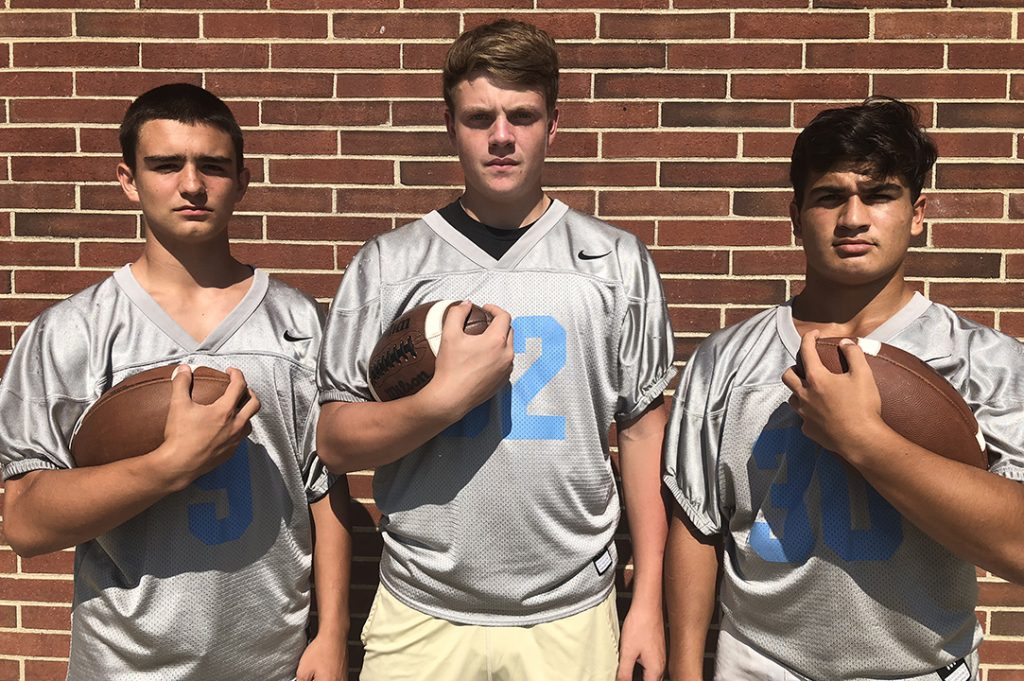 The Lower Cape May Regional High School football team enjoyed its biggest victory in years when it upset Middle Township on Thanksgiving morning to close the 2017 season.

Some programs, after finishing a previous season in such a manner, often hope there’s a carryover effect into the new season.

That might not necessarily apply to this year’s Caper Tigers, though, as many of the top players from last year’s team have graduated.

“In talking to some of the administrators around here, that senior class was the biggest we’ve had here at the school since around 2000, just in general,” third-year head coach Brian Hindle said. “We lost 14 of them from our team and that’s a huge challenge for any program, especially one like ours that traditionally hasn’t had that many seniors.”

With that in mind, some younger and more inexperienced players are going to get their shot in 2018. They’ll get their first regular-season test Friday at home at 6 p.m. against Riverside in a game that will air live on 98.7 The Coast radio.

“We did start some of the younger kids in spots last year,” Hindle said. “But it’ll be a learning curve for the kids and a learning for us as coaches as well.”

Lower will lean heavily on the few experienced players it has. One of the leaders is senior RB/LB Jonas Lumbruno, a four-year starter. Also back are senior two-way offensive linemen Joe McGhee (6-4, 225) and Joe Lamoreux (6-3, 245), along with senior RB/DB Darion Lamar, junior OL/DL Ryan Jackson and junior RB/DB Cameron Leslie.

Among the newcomers, senior Pat Moore has traded his soccer cleats for football pads and is expected to start on both sides of the ball at running back and safety. He’ll also kick and punt.

“He’s a very good athlete,” Hindle said. “He’s got a chance to be a big-time safety. He’s really going to help us.”

Lumbruno, McGhee and Eckel are the team’s captains.

Hindle said the team’s numbers are down a bit from last season, with 45 players in the program.

“That’s still not bad for a school our size,” he said. “But we’ll have a lot of two-way players. That’s something we didn’t do a lot of before.”

Lower should benefit from a more manageable schedule. Gone are non-conference games with Cape Henlopen (Del.), Absegami and Holy Spirit. They’ve been replaced by West Jersey Football League crossover opponents in Pitman and Haddon Township,, in addition to the opener against Riverside. And they’ll still play Wildwood as well. The conference games include Pleasantville, Buena, Gloucester Catholic and Gloucester City.

“Our non-conference schedule fits us a little better,” Hindle said.

Riverside, Friday’s opponent, was just 1-9 a season ago.

“They’re young but a lot of their kids played varsity games last year, so they’re a lot more experienced than us,” Hindle said. “They’re a spread team. They like to put the ball all over the place. We’ll have to be prepared.”

Lower travels to Pleasantville next week.