Will this be Championship Week for OCHS fall teams? 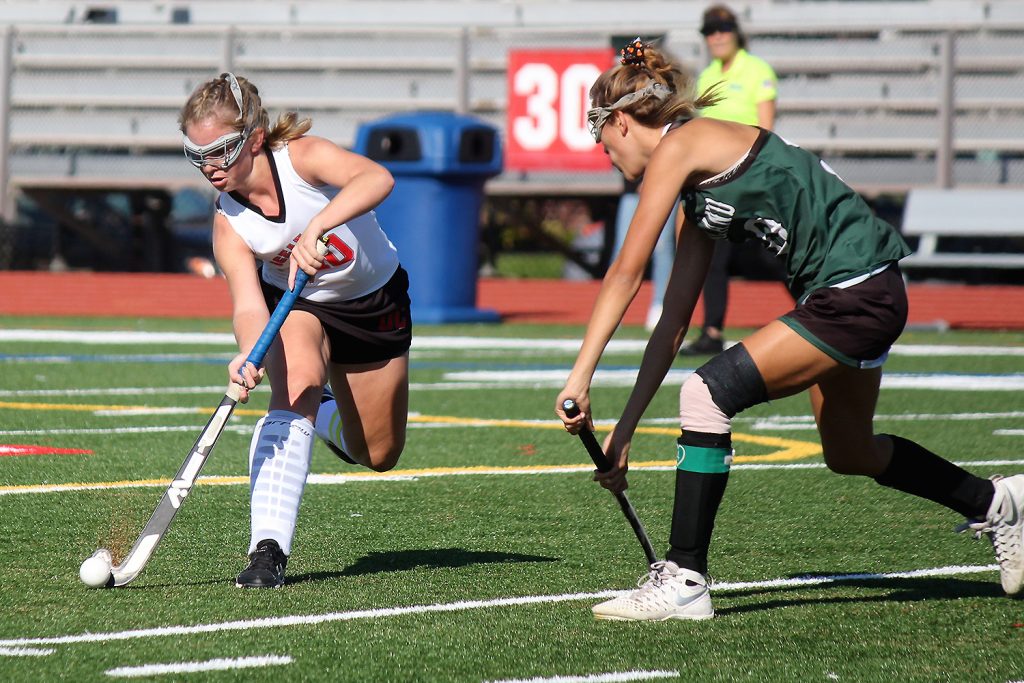 An argument can be made that, collectively, this has been the best regular season ever for high school field hockey in Cape May County.

Ocean City, as usual, is one of the top teams in the state despite a loss at Bishop Eustace on Monday.

Middle Township has performed well against a difficult schedule, as evidenced by Monday’s 2-2 draw with a Delsea team that has just one loss on the season.

And Lower Cape May is in the midst of its best regular season ever in terms of record, the Lady Tigers sitting at 14-2-1 following Monday’s impressive win over Mainland.

All three teams are about to turn their attention to state playoff action.

The following is a look at their chances:

Ocean City: The Raiders clinched their 13th Cape-Atlantic American Conference title in the past 14 seasons earlier this month and take a record of 16-3-1 into the state playoffs. The top seed and the favorite in the South Jersey Group III Tournament, Ocean City will host No. 9 Cherry Hill West in the second round on Thursday at 2 p.m. Cherry Hill West topped Highland, 4-0, in its tournament opener on Monday. The Raiders enjoyed a first-round bye.

Ocean City is one of the top scoring teams in the state. Recent Division I Monmouth commit Reese Bloomstead leads the team with 24 goals, with Molly Reardon and Jaclyn Charbonneau both adding 19. Goalkeeper Maddie Khan has posted 14 shutouts.

A win over Cherry Hill West would give Ocean City a sectional semifinal game against No. 4 Absegami or No. 5 Gloucester Tech early next week. Ocean City has beaten Absegami twice by a combined score of 13-0 this season. They’ve not faced Gloucester Tech. 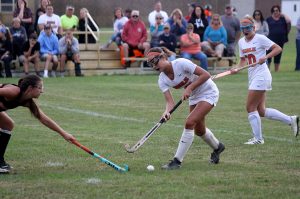 Kate Herlihy is one of the top players for the Middle Township High School field hockey team.

Having faced and done reasonably well against that kind of competition should help make the Lady Panthers one of the contenders for the South Jersey Group I championship. Middle has appeared in each of the last three sectional title games, losing in 2015 and 2017 and winning in 2016.

Middle is the third seed for the tournament and, after a first-round bye, will face No. 6 Glassboro on Thursday. A win would move Middle into a sectional semifinal game, most likely at No. 2 Schalick, next week. The sectional final is scheduled for Nov. 2. The top seed in the bracket is Woodstown.

Although the team may have to win two away games to do it, Middle might just be the team to beat in the bracket. Schalick lost two games to Clearview by a combined 7-2 score, while Middle fell by just 1-0 to Clearview. And Woodstown lost 8-2 to the same Delsea team Middle just played to a draw. 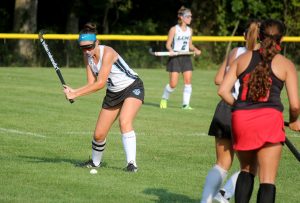 Reese Bracken is one of the top players on the Lower Cape May Regional field hockey team.

Lower Cape May: What a season this has been for the Lady Tigers. They’re 14-2-1 entering Friday’s game at Cedar Creek, which will decide the Cape-Atlantic National Conference championship. This after finishing 1-14-2 just two seasons ago.

Interestingly, Lower will play Cedar Creek in the second round of the South Jersey Group II Tournament on Monday. Lower earned a first-round bye as the fourth seed and will face the fifth-seeded Pirates at home, after Cedar Creek topped No. 12 Cumberland.

Lower and Cedar Creek played one another last Friday, finishing in a 2-2 draw.

The winner of the Lower-Cedar Creek playoff game would most likely face top-seeded West Deptford on the road on Halloween.

Lower has been exceptional in close games this season, winning six games by one-goal margins. It’s only losses to this point are to South Jersey power Haddonfield and local rival Middle Township.