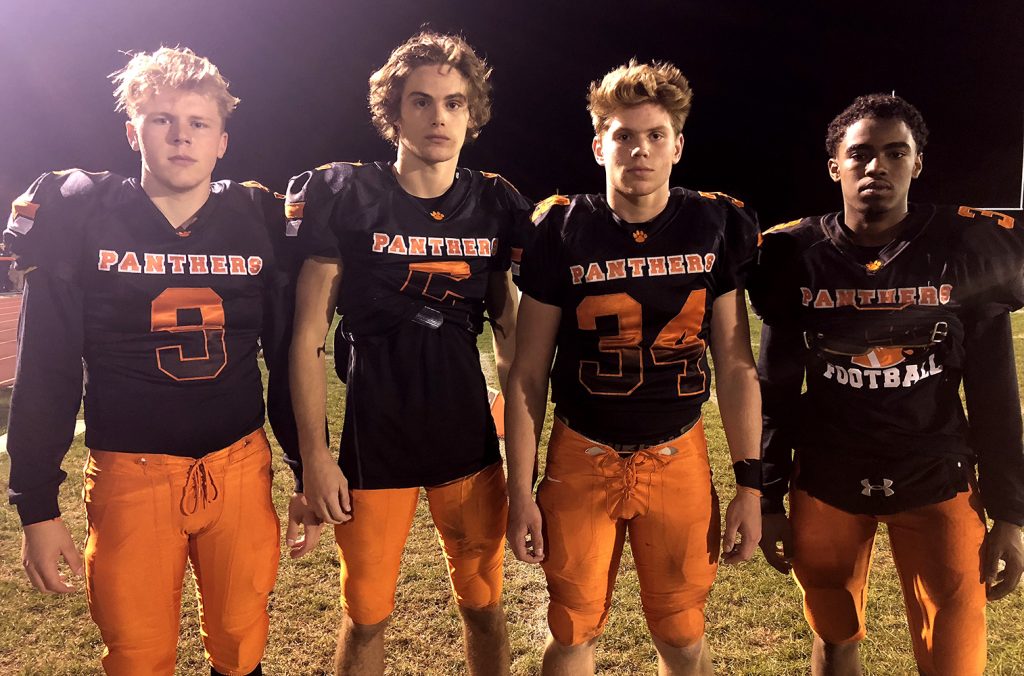 Giulian ran 15 times for 171 yards and three touchdowns and the Panthers scored two defensive touchdowns in a decisive 42-7 victory over the Lions.

Middle (4-3), which was celebrating its homecoming, moved back over .500 and kept itself in the mix for a Group II playoff berth. Middle will most certainly need to win its next game at Pleasantville on Oct. 26 in order to have a chance to qualify.

Middle snapped a two-game losing streak, having lost close contests to Oakcrest and Mainland in its previous two games.

“We did a lot of good things,” Middle coach Frank Riggitano said. “We have a few mistakes we need to iron out but all in all I thought we played very well. I think we were better for this game because of the two teams we just played. They were very physical teams that forced us to move our feet quicker and react quicker and I think that helped us.”

Giulian opened the scoring with a wonderful 17-yard touchdown run, breaking free from a pile in the middle of the field and bouncing to the left sideline before reaching the end zone.

Midway through the second quarter, Giulian ran the ball six straight times for a total of 73 yards, the last carry of the drive a 10-yard scoring run.

Middle upped its lead to 21-0 at the half when Giulian rushed in from 33 yards out with 40 seconds to go in the second quarter.

“When Karl gets going like that it really opens up things in other areas for us,” Riggitano said.

Middle’s defense got into the act in the second half, when A.J. Baez returned an interception off a tipped pass 31 yards for a score.

After Gloucester (2-4) scored its only touchdown of the game on a 13-yard pass, Baez scored again on a 17-yard pass from R.J. Tozer.

Matt Marino set the final score by returning another interception 34 yards for a score.

David Hayes added 76 rushing yards on 13 carries for Middle. John Carlson made all six of his extra-point kicks.

“This was real fun night for the kids, especially considering this was only our second home game,” Riggitano said. “The kids were looking forward to it. They had a great week in school with a lot of spirit things and the pep rally was real nice today. And now they’ll get to go to a homecoming dance (Saturday) night after winning game, so it’s all good stuff. I’m happy for the kids.”