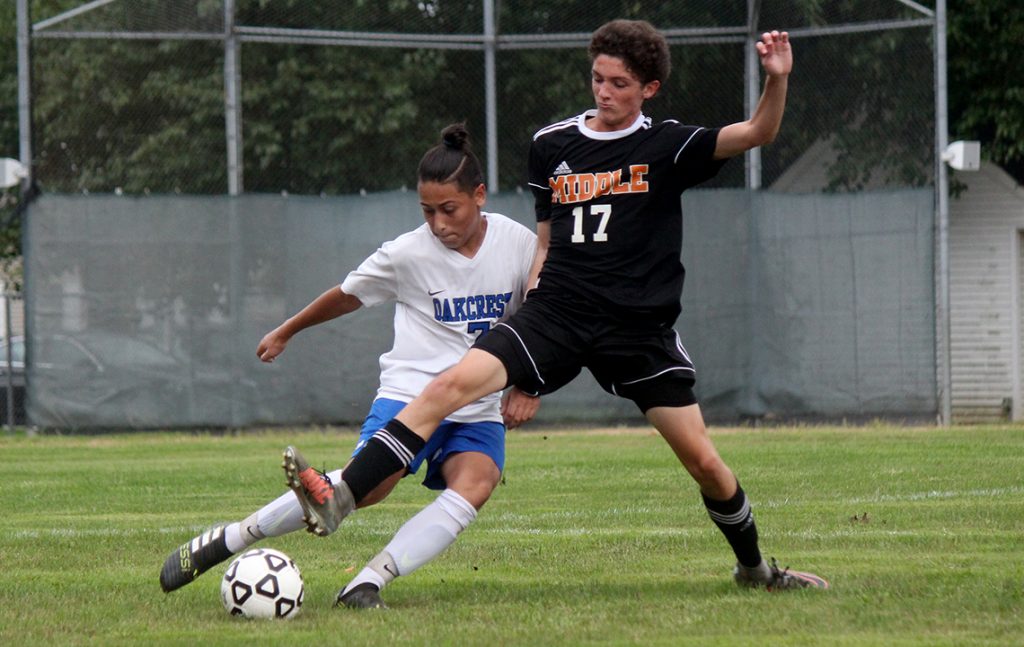 The Panthers battled Mainland at Talen Energy Stadium, home of the Philadelphia Union of Major League Soccer, on Tuesday. The facility, which can seat more than 18,000 fans, has also hosted international soccer matches and has seen players such well known players as Michael Bradley, Robbie Keane, Carli Lloyd, Zlatan Ibrahimovic, Clint Dempsey, David Beckham and many more grace its pitch.

But not many of those star players can say they scored a goal like David Gardner did on that field.

Despite a 5-1 loss by his team, Gardner provided a stunning highlight for Middle with a magnificent half-volley goal scored in the second half.

Receiving a ball sent forward from about 15 yards inside the halfway line from teammate Jack McDonough, Gardner picked the ball out of the air with his right foot about three yards into the penalty area and whipped a blast into the upper right corner of goal on his first touch, beating Mainland goalkeeper Zach Matik, who made a tremendous effort on the ball but simply had no chance to get to Gardner’s wonder strike.

Video of the goal can be seen below.

Middle is in the midst of a solid season. The Panthers are 8-6 overall while competing in the difficult Cape-Atlantic National Conference. The team lost to powerful Ocean City by just 1-0 on Thursday.