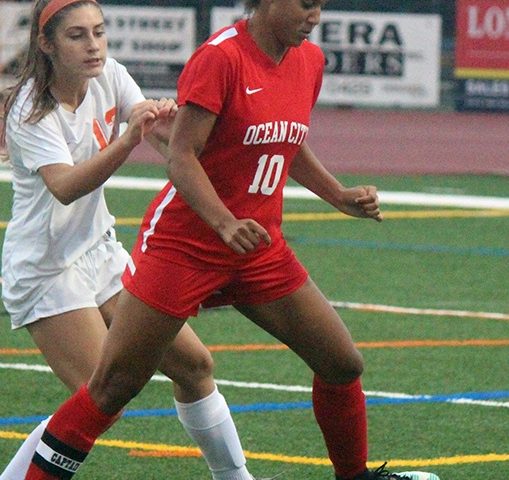 The Ocean City girls soccer team has been seeded No. 10 in the South Jersey Soccer Coaches Association’s Invitational Tournament that begins on Friday.

The Raiders (11-4-1) will travel to Mount Holly on Friday afternoon to play No. 7 seed Rancocas Valley. The No. 1 seed is Shawnee. The only other Cape-Atlantic League team in the 16-team tournament is Mainland, seeded No. 6. The Mustangs will host Clearview.

The OCHS boys were not included in the field this year, as they have three of the last five years. Ocean City won the boys tournament in 2005 and 2007 and has been included 21 times. But the Raiders asked not to be included. St. Augustine, which defeated the Raiders, is the No. 2 seed. Mainland, which split with Ocean City, is the No. 8 seed. And Eastern, whom the Raiders defeated, 1-0, is the No. 6 seed.

Both Ocean City soccer teams will play tomorrow (Monday) in the semifinals of the first CAL Soccer Tournaments – the boys against Pleasantville at Tennessee Avenue and the girls at Egg Harbor Township.