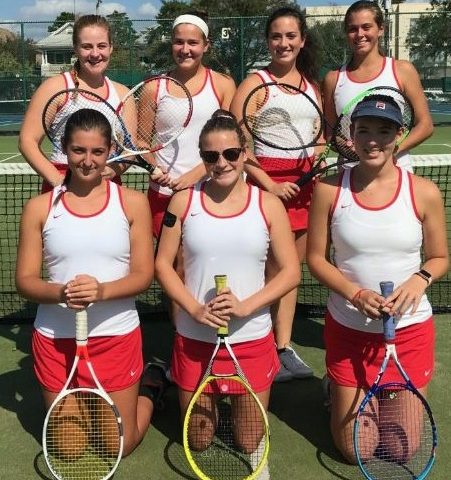 In an impressive fall season for Ocean City High School sports teams, the girls tennis team has been the most impressive.

Samantha DiMatteo’s Raiders shut out Cherry Hill West today, 5-0, in the opening round of the NJSIAA Group 3 Tournament to improve their record to 11-1. It marks the first time OCHS has been 11-1 in girls trennis since 2012.

The win over West moves Ocean City into the second round against Central Regional on Monday. The Raiders are the No. 3 seed in South Jersey Group 3. Central, the No. 11 seed, upset No. 6 Hammonton today to advance.

Tomorrow DiMatteo will take her team to Linwood for a re-match with Mainland, the only team to beat them. That match, in mid-September, finished 3-2. The Raiders swept the doubles but couldn’t win one of the singles matches. Kate Carter came real close, losing her No. 3 singles match on a tiebreaker in the third set. If Ocean City can avenge its only defeat tomorrow it will remain in a first place tie with Egg Harbor Township in the Cape-Atlantic League’s American Conference. Mainland lost a conference match to Egg Harbor Township and is currently tied with OCHS and EHT for first place. 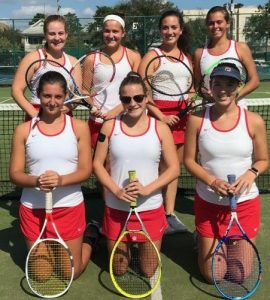 Visit the Raider Sports Diary for day-by-day results and schedule at www.OceanCitySports.com.