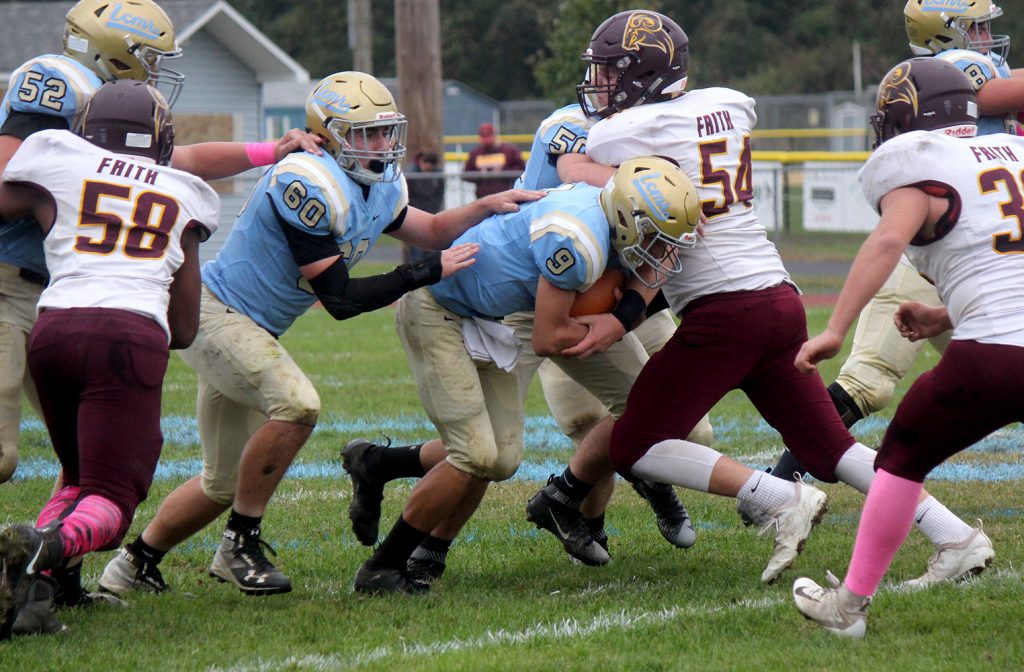 Connor Eckel stands 5-10 and weighs about 170 pounds, so he probably won’t ever be confused with the prototypical gunslinger-style quarterback who tosses the ball around the field 25 or 30 times a game.

But there’s no question Eckel has established himself as the Lower Cape May Regional High School football team’s quarterback for both the present and the future.

Eckel, just a sophomore, ran 30 times for 192 yards and three touchdowns and two two-point conversion runs and also completed three passes for 35 yards to help the Caper Tigers to a 22-13 victory at Gloucester on Friday.

The victory was the fourth in five games for Lower (5-3). 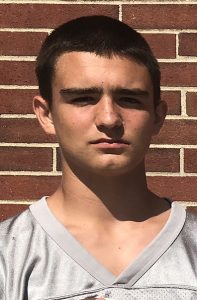 “With Connor, the amount of improvement he’s shown in one season, I don’t know if he’s going to be able to duplicate that over the next couple years,” Lower coach Brian Handle said. “If he does, we’re really going to have something special.”

“With our offense, I’m more of a running back, honestly,” Eckel said of his rushing success. “It just happens that defenses are playing our fullback and pitch more, so (quarterback runs are) working.”

Eckel, a rare team captain as a sophomore, didn’t become a quarterback until the eighth grade. Then last year, he was the starter at the position on the freshmen team, with very limited opportunities with the junior varsity. So having varsity success just a year later has come as a bit of a surprise to him.

“I didn’t even think I was going to get the starting job just because of my lack of experience,” Eckel said. “But our coaches did a good job developing me and helping me learn how to play the position.”

Hindle sounds as if — if the team hasn’t done so already — he’s ready to craft Lower’s offense around Eckel’s skills.

“We want him to have people to throw to,” Hindle said. “We have a strong eighth-grade group coming in and a strong freshman class already in the program. We have a wave of players coming through that we can ride around him. The big thing after this season is surrounding Connor with quality talent and I think we’re on our way with that.”

Eckel also wrestles and last year played baseball at Lower Cape May, although he said he may switch to track and field in the spring. He posted a 4.38 grade point average in all honors classes as a freshman. Eckel said he hopes for eventual acceptance into the Naval Academy, West Point or the United States Coast Guard, with a goal of becoming a pilot. He recently visited the Naval Academy in Annapolis, Md.

For now, though, Eckel is enjoying playing winning football with his teammates at Lower Cape May.

“Just our practices and in the locker room and in the games, everyone’s having so much fun,” he said. “Going out there and playing with each other is bringing us closer together as a team. It’s just clicking.

“I think all of us are gaining lot of experience having such a young team. Next year and my senior I know we’re going to be getting better and better, so I’m looking forward to it.”

EXTRA POINTS: With Lower ahead, 14-13, following a late Gloucester touchdown, Jordan Klein made a game-saving tackle of a Gloucester player the ensuing two-point conversion try less than a yard from the goal line. Lower then put the game away on Eckel’s two-point conversion run following his 32-yard touchdown run after the Tigers recovered a Gloucester onside kick attempt. Lower iced the game late thanks in part to Joe McGhee’s sack and Jonas Lumbruno’s interception. … Lower Cape May is scheduled to host Lindenwold Thursday at 7 p.m. in an NJSIAA Group II consolation game. … With two games to go, Eckel needs 286 rushing yards to become the first Lower Cape May quarterback to run for 1,000 yards in a season since Matt Szczur in 2006.