Raiders will be busy this week – hoops, mat & track 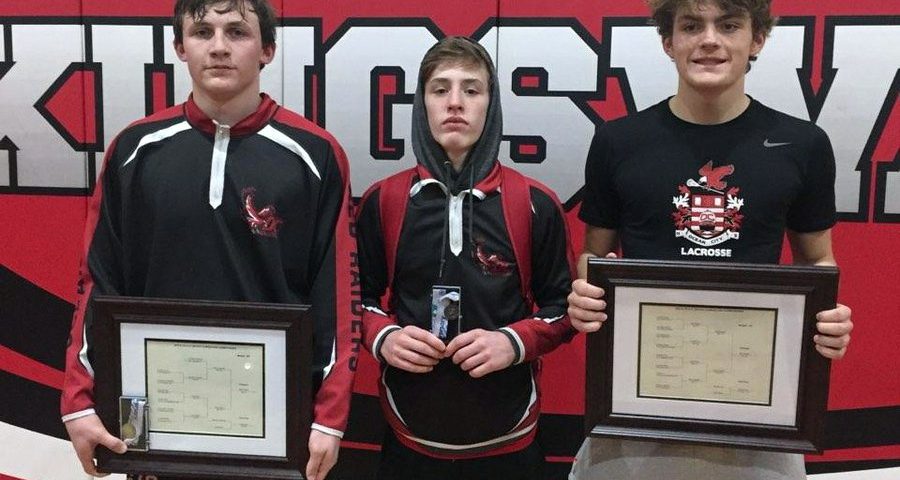 A lot of good things are happening this week for Ocean City High School’s sports teams.

For the first time in history, both the OCHS boys and girls basketball teams have reached the Cape-Atlantic League Final Four in the same year and both will play in the CAL Tournament semifinals.

Ocean City also has two district wrestling champions for the first time in eight years and they will be joined by a third Raider in this week’s Region 8 Tournament.

And a trio of Ocean City athletes advanced to the NJSIAA Indoor Track Meet of Champions.

Sannino (30-4) pinned Deshon Alexander of Overbrook in 3:31 at 285 pounds, handing him his first defeat of the season. One of Alexander’s wins was over Sannino in the first match of the season.

The opening round of Region 8 at Egg Harbor Township has been postponed from Wednesday until Thursday. Cossaboone will open with Wesley Tosto of Lower Cape Mayon on Thursday.

Sannino, the No. 1 seed, will debut on Friday against the winner between Elijah Wilson (Highland) and Amir Walker (Buena).

Kroeger, seeded second at 182, faces the winner of the match between Curtis Thomas (Delsea) and John Seaman (Timber Creek) on Friday.

Ocean City has had four wrestlers win a total of six regional championships through the years, three of them by Pat Lynch. The last regional winner was Cooper Gallagher in 2014.

Ocean City almost upset Gloucester Catholic on Sunday in a showcase game at the South Jersey Girls Invitational before losing, 60-58, in overtime when Gloucester Catholic hit a three-pointer in the final seconds. Gloucester Catholic is ranked No. 8 in the Online 25 and OCHS is No. 11. Donoghue scored a career-high 28 and Emma Finnegan scored 12. Azana Baines, committed to Duke University, led all scorers with 30.

The winner of Thursday’s CAL semifinal will play the Mainland-Middle Township winner on Saturday (noon) at Stockton University for the league title.

The Ocean City boys (19-3) will face St. Augustine Prep in the CAL Tournament semifinals. The doubleheader (Wildwood Catholic-Pleasantville in the second game) at Absegami is scheduled for Wednesday at 5 p.m. but will be postponed until Thursday if snow forces a change. The Prep is ranked No. 4 in South Jersey in the Online 25 while the Raiders are No. 15.

The complete CAL Tournament brackets – boys and girls – can be found here – http://www.primeevents.net/2019cal.html.

The three OCHS athletes who will compete in the weekend’s Meet of Champions in Toms River are Alexa Palmieri, Jaden Tocci-Rogers and Luke Kramer.

Palmieri, who won the South Jersey Group 3 championship, finished fourth in the 3200 meters in the state Group 3 meet to qualify.

Kramer was fifth in the 1600 meters and Tocci-Rogers finished sixth in the high jump at the state meet. They both helped the OCHS boys win the South Jersey Group 3 championship.

Visit the Raider Sports Diary for day-by-day results and schedule of all teams at http://www.oceancitysports.com/OCDiary.html.