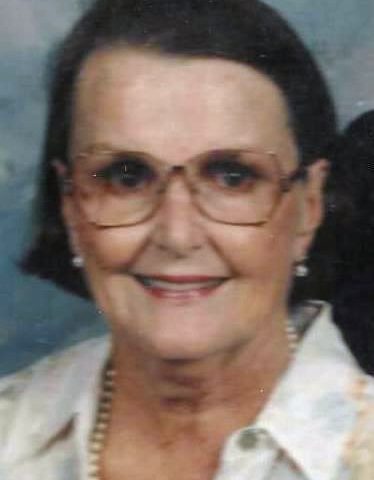 Most of you reading this did not know Barb Talarico. The name may not be familiar to you.

It would probably sound more familiar if you knew her maiden name was Schoppy.

But, if you have been at all successful as an athlete or a coach. Or, if you have been successful in a Miss America preliminary pageant. Or recognized by your employer or volunteer organization for your work. If you fall into any of those categories, Barb Talarico has probably impacted your life.

During her decades of directing Schoppy’s, a former jewelry store in Atlantic City that has developed into one of the finest trophy and award companies in South Jersey based in Linwood, Barb Talarico, who died in late December, followed the lead of her father. When customers came into the store with a nominal budget, they were treated with the same care as a casino or Miss America. Every customer walked away satisfied.

Barb Talarico had a great sense of humor. She had to – she was married to the King or Corn. Bill Talarico could ride a joke forever. When a regular customer would come in and always joke about having a couple tickets to see the Philadelphia Athletics’ game on Friday, without missing a beat Bill would counter with “I think I’ll wait until the St. Louis Browns come to town.”

Once Barb bought advertising in the local TV coverage of the Miss America Parade. Two attractive sisters were hired as models to display available trophies and plaques throughout the commercial. After the parade aired she complained (with a smile) that the girls were so good looking nobody noticed the trophies. Just as she said it, with perfect timing, Bill walked through the store and said, “I thought they looked great, we should bring those girls in here once in a while.”

Barb smiled and shook her head.

She was deeply involved in her community, especially in activities that offered opportunities to girls and women. Many of the awards that were presented by the Miss America Pageant and its state and local pageants around the country were designed by her. The struggles that the pageant has had the last 15 years or so were very frustrating to her.

Barb (above) learned the value of making trophies and awards something special from her father, William Schoppy. They realized that these awards are cherished by those who win them so extra effort is required. Her brother, Billy, took that same approach and his name is now memorialized each year with the awards to the top senior athletes from the Cape-Atlantic League.

And Dave Talarico, Barb’s son, approaches things pretty much the same way. For example, he created a trophy for the area Babe Ruth baseball champion that is worthy of college or professional tournaments. You might not have recognized the name right away but be assured that Barb Talarico’s dedication and creativity, that she learned from her father and passed on to her son, has impacted a great many lives.