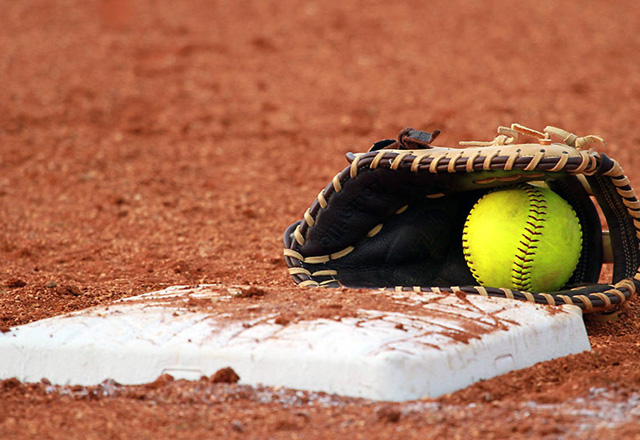 There was a time when the Cape May County high school softball teams had trouble competing with their Cape-Atlantic League and Tri-County Conference counterparts. That is clearly not the case for 2019. This is a season in which five of the six county schools have legitimate chances to improve their win totals from last season. Meanwhile, Wildwood Catholic, which won 21 games and a sectional championship in 2018, should still be among the better teams in South Jersey even though it suffered some losses from its roster.

The following is a look at each of the Cape May County high school softball teams:

Cape May Tech lost about half of its starting lineup to graduation from last year’s five-win team. The Lady Hawks will lean on co-captains Amy Poserina (OF/P), Lorin Perednas (P/2B), Dani Piazzi (SS), Giana Esposito (1B) and Paige Sittineri (UT) to lead the way. Perednas needs 34 hits to become just the third player in program history to reach 100 career hits.

Cape May Tech, coached by Barry Kopf, was scheduled to open the season Tuesday at home against Bridgeton.

Lower Cape May went winless in 2018 but has a solid group of returning players that should help the team become much more competitive this spring.

The top newcomers are senior Brianna Hemling (3B), junior Alexis Stewart (OF), sophomore Molly McGuigan (OF) and freshman Delaney Brown (2B).

“It will be a building year,” said new head coach Kiersten Hughes. “We are looking to improve our overall record and establish a name for ourselves. The girls have been working hard and the scrimmages have surely shown that. I feel this season will be a positive turnaround for the girls and our program.”

Lower was scheduled to open the season Tuesday at Pleasantville.

As usual, Middle was competitive last spring, finishing just under .500 at 11-13. With seven returning players and another back who missed all of last season due to injury, the Lady Panthers are optimistic for a winning season in 2019.

Other returnees from last season include seniors Lacey Abrego (P/UT) and Emmie Dayton (C), juniors Raine DeRose (2B) and Cassidy Gallagher (OF) and sophomore Morgan Adams (OF). Also back is senior Victoria London (INF), a starter as a sophomore who missed all of last season after suffering a knee injury during basketball season.

“We’re hoping to improve throughout the season to be able to compete with anyone in our division and group,” said ninth-year head coach Lauren Ruef.

Ocean City went 5-11 last spring but could take a significant step in 2019. The Raiders lost only one player to graduation and bring back some solid hitters.

Senior Jackie Nesi (1B) is a big power threat who batted .462 as a junior after hitting .464 as a sophomore. She was also a Carpenter Cup selection last spring.

John Bruno returns for his 20th season as head coach.

Ocean City was scheduled to host Atlantic City in its opener on Tuesday.

Wildwood will certainly field one of the youngest teams in the region as the Lady Warriors feature no juniors or seniors on the roster. But the team is filled with many multi-sport athletes who look to help the team become more competitive after last year’s 3-12 campaign.

Sophomores Jenna Hans (3B) and Leah Benichou (SS/P) are the lone returning starters.

Wildwood was scheduled to open the season Tuesday at Camden County Tech.

Wildwood Catholic is coming off back-to-back South Jersey Non-Public B championships and is hoping for the same kind of success this spring. But the Crusaders will have to go without some key players.

Senior Anna Mae Peterson (.470 BA with 44 RBI in 2018) is out due to injury and a couple of other key players transferred away prior to the start of the school year or decided to play other sports. But the Crusaders still have some extremely talented players, led by senior Emily Cimino (P/1B), a Division I Lehigh commit who batted .662 with 13 home runs and 28 RBI and went 10-3 on the mound last spring. Also back is senior Mercedes Rivera (OF), who hit .429 with 44 runs scored and 25 stolen bases. She’s set to play at the College of St. Elizabeth.

Some of the top newcomers include senior Alyssa Katz (3B), junior Kasmai Hitaffer (OF) and sophomore Isabella Tenaglia (OF).

“We lost a few players to season-ending injuries and we had a few transfer out for personal reasons but we will compete,” said sixth-year coach Matt Megines. “I expect my girls to play their hearts out and continue to play at a high level. We have a very tough schedule but we should make some noise.”

Wildwood Catholic was scheduled to host Vineland on Tuesday.