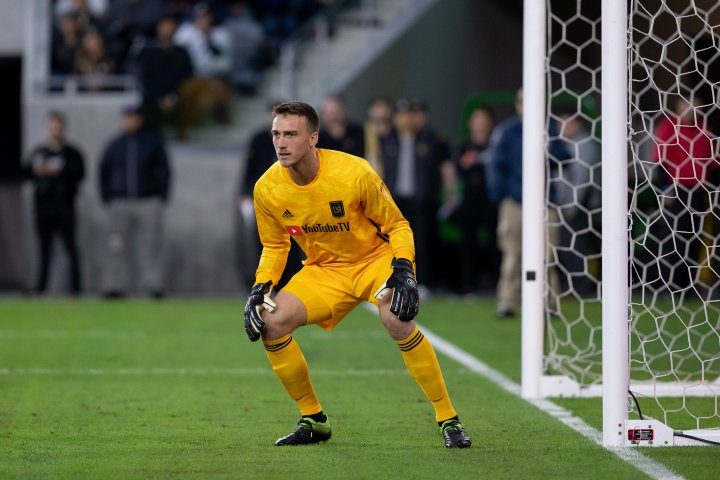 Seven years ago, Tyler Miller guarded the nets at Carey Stadium for the Ocean City Nor’easters.

Later this month, he’ll be lining up for the United States men’s national team.

The Gold Cup is a tournament held every two years that determines the continental champion of North America, Central America and the Caribbean. The United States is one of 16 teams to qualify for the tournament. Most of this year’s tournament games are being held in various cities across the United States.

The U.S. national team, slotted in Group D, opens Gold Cup play on June 18, against Guyana in St. Paul, Minn. Its other group games are against Trinidad & Tobago on June 22 in Cleveland and Panama on June 26 in Kansas City. The first- and second-place teams in each group advance to the quarterfinal round of the knockout stage. The Gold Cup Final is scheduled for July 7 in Chicago.

Miller is one of three goalkeepers named to the squad, along with two others from MLS – Sean Johnson of New York City FC and Zack Steffen of the Columbus Crew.

Miller is one of two uncapped players named to the team, along with forward Tyler Boyd. A player earns a “cap” for each game in which he appears in international competition.

Some of Miller’s better-known teammates on the U.S. team at the Gold up will include midfielders Christian Pulisic and Michael Bradley, forward Jozy Altidore and defender Omar Gonzalez.

Miller, 26, a native of Woodbury, is a 2011 graduate of Bishop Eustace Prep, where he was a two-time all-state selection. He went on to play for four years at Northwestern University, where he went 40-19-15 with a program-record 34 shutouts for his career. He was named the Big Ten Goalkeeper of the Year as a senior.

Miller played for the Ocean City Nor’easters in 2012. The Nor’easters, then in the Premier Development League, finished 13-3-0 and won the Mid-Atlantic Division championship that season. The Nor’easters are now in USL League 2, a league that, like the former PDL, traditionally features amateur collegiate players with future aspirations of playing professional soccer.

Miller was selected by the Seattle Sounders with the 33rd overall pick in the 2015 MLS SuperDraft. He made his MLS debut with the Sounders in 2016 and made 14 total appearances over two seasons. Miller then landed at Los Angeles FC and started every game for the club in 2018, going 16-8-9. His 10 shutouts were tied for second in MLS. Miller has started all 16 for LAFC so far this season and is 11-1-4 with six shutouts. LAFC is currently in first place in the Western Conference.

Miller has previous international experience with the U-23 national team.

Miller has relatives with ties to the Jersey Shore.