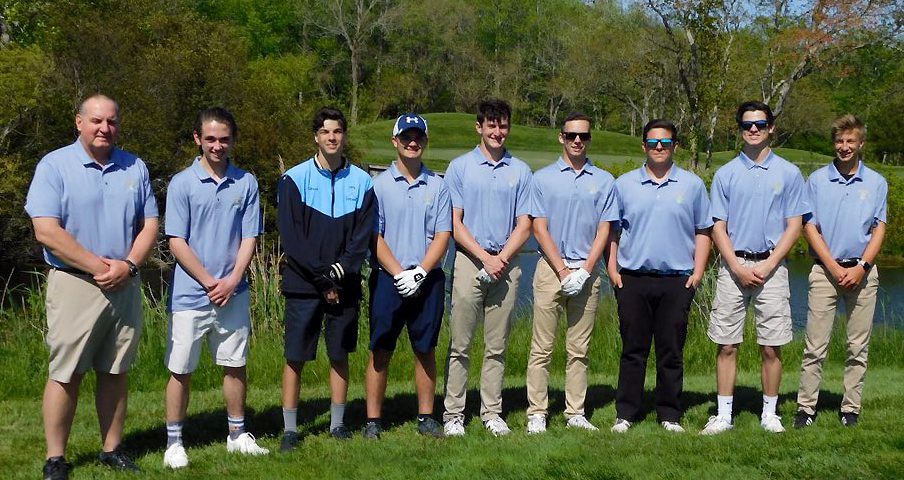 Jeff Wunder joined the coaching ranks sooner than he expected.

As a football player at Frostburg State College (now University) in the mid 1980s, Wunder suffered a career-ending knee injury.

“Oh, (that injury) brought coaching up quicker than I had planned on,” Wunder recalled. “But I had a great relationship with the coaches at Frostburg. On a whim, I went and asked the coaches if I could help out and that’s how it kind of all started for me.”

Wunder eventually landed at his alma mater, Lower Cape May Regional High School, in the early 1990s and began a coaching career in multiple sports that finally came to a close this spring when Wunder stepped down as golf coach at the school after 21 seasons. He was also previously the school’s head football coach for 12 seasons and also was an assistant baseball coach under the legendary Jack Weeks for seven seasons.

Wunder in many ways has been the face of the Lower Cape May athletic program for close to the past 30 years. In addition to coaching multiple sports, Wunder can consistently be found helping out at home basketball games, wrestling matches and football games in a variety of capacities — as scorekeeper, clock operator, site manager or member of the chain gang at home football games, while also serving as a friendly face to officials, visiting teams and members of the media.

“I got into a lot of it because the one thing I always believed in, even though it’s not so much the norm anymore, is that kids need to be multi-sport athletes,” Wunder said. “When I was coaching football, that was one way for me to keep tabs on all the kids while they were playing basketball, wrestling or playing baseball. I liked seeing the kids playing other sports so they were learning more and getting better athletically, and hopefully staying out of trouble by staying busy.”

Wunder began his coaching career as first a student assistant coach following his injury and later a graduate assistant coach in football at Frostburg State. After a one-year stint as an assistant football and baseball coach at Chopticon High School in Maryland, Wunder landed a physical education teaching job at his alma mater, where he was a football standout in the early 1980s.

He began as head football coach in 1992 and remained in that capacity until 2003. Taking over a struggling program, Wunder led the Caper Tigers to a handful of winning seasons and a South Jersey playoff appearance. He later came back for a season as an assistant coach.

“All the years of football, I remember games and I remember the players, but a lot of it is like a blur,” Wunder said with a laugh. “I wouldn’t change any of it. It was a lot of fun and I got to work with a lot of good people.”

Wunder first began in golf at Lower as a co-head coach, working side by side with Jim Ridgway for about 10 seasons. He later brought on assistant coaches Anthony D’Aleo and Mike Morey. In Wunder’s 21 seasons, Lower went 275-130, won CAL conference titles in 2004 and 2007 and also captured the South-Central Group II sectional championship in 2007.

“First of all, I love the game of golf,” Wunder said. “Secondly, we were always fortunate to get really good kids. We had so much fun with these kids. A lot of them came to us a little accomplished in the game already. They knew the game of golf and played already, which obviously helps. Golf is one of the hardest games to pick up and it can be very frustrating trying to learn how to play, especially for a 14- or 15-year-old who might not have the patience to learn something new.

“But we tried to keep it fun and we did what we could to teach them the rules of the game.”

He paused before adding with a laugh, “And how not to implode on a golf course.”

Wunder was quick to thank the staff at Cape May National Golf Club, which has served as the program’s home course for more than three decades.

“We couldn’t have done anything without the support of the Mullock family and all the other people at Cape May National,” he said. “They’ve given us everything we’ve needed. They’re super people and they’ve done great by us.

“None of this is me or any one person. It’s definitely a combination of everyone’s hard work.”

Wunder was asked why he immersed himself so deeply into the athletic program at Lower Cape May.

“It’s my home,” he said simply. “I’ve always been proud of where I came from. It’s been a great run to be able to coach there and do what I’ve done there for almost 30 years now. It’s been a dream come true to go back where I’m from and try to do my best to help the sports teams because I know how important that is to a lot of people.”

Wunder, whose daughter, Carrie, was a track and field hockey standout and a starter on the 2015 South Jersey champion girls basketball team at Lower and whose wife, Diane, has been one of the Lower Cape May sports teams’ biggest supporters, isn’t going away completely. He’ll return as a teacher in the fall and still plans to help out around the athletic program.